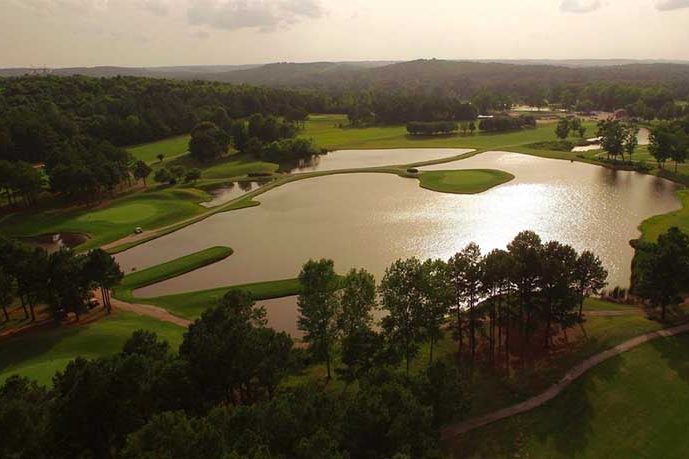 All Donnie Walker really wanted to do was become a member of Twin Pines Country Club.

Then, he ended up buying the place.

Walker, a mechanical engineer by trade and also a product designer, is the new owner of Twin Pines Country Club, a quaint18-hole semi-private golf course in Littleville, Alabama, that opened in 1963. The course is  6,100 yards long, plays to a par of 71 and has a course rating and slope of 68.7/120.

The former Muscle Shoals resident, who now lives on a farm in near Spruce Pine, said his original plan was to become a member. He recently had returned to golf after taking what he called a “25-year break” from the game.

“I was talking to Howard before I left and he was talking about selling the place, and I asked him how much he wanted and he told me,” Walker said. “I told him we needed to sit down and talk. I never thought in a million years that I would own a golf course.”

After the talk, Walker said on the drive home he asked his stepson what his wife Adreanne would think about possibly owning a golf course.

It’s the second time in two months Alabama Golf News has reported on someone with no golf-industry experience buying an Alabama golf course. In March, we reported on the purchase of Cumberland Lakes Golf and Lodge near Pinson, outside Birmingham, several years ago by John Faler, a retired Cincinnati-area firefighter.

Walker, who is 45, still owns a local vinyl business. Adreanne, 44, had taken time off from her job as a traveling nurse. They were recently married and were trying to spend time together. And although he said they could afford to retire, Walker said neither he nor his wife wanted to go that route.

“They had been dealing with a guy for six or seven months. He had big visions for this place. We’re talking about Littleville, Alabama, and a bunch of good old country boys. They don’t care if there is a nice, fancy clubhouse. As long as it is in good shape and they can come in here and hang out and play cards, they’re happy. We came in with a cash offer and he accepted it, so that was it.”

He said the deal came together in about six weeks. After seeing a list of everything included in the purchase price, Walker did the deal.

“It just made sense for us,” he said

He didn’t disclose what he paid, but noted it was “about half of what the property is appraised for.”

The purchase was finalized in early May. He said he doesn’t plan many changes, although a announcement about the practice range is forthcoming.

“I imagine we are going to leave the club as it is – it will stay semi-private,” he said. “We’re trying not to change too much. We’re keeping the staff that is here. We want this place to succeed – Howard has done such a good job with it. We are not coming in here acting like we know what we are doing because I don’t know what I am doing as far as running the course.”

At the same time, he said, “I’ve never set out to do something I wasn’t able to do. We’ll be able to do it.”

The 18-hole course features Bermuda-grass tees and fairways and bentgrass greens that have always been among the best in north Alabama. The course originally featured nine holes but later was expanded to its existing 18.

The course is open to outside play Monday through Friday. Rates are $36 for 18 holes, including cart fee. Senior rates are available.

Walker said his wife loves to cook and he hopes to better utilize the clubhouse’s banquet facility. He hopes to offer dinner service on Thursdays, Fridays and Saturday.

“My wife is a busy bee,” he said. “She always wanted to cook for a living. Now we have a banquet room with a full kitchen, so she is going to get to cook and do that stuff she likes doing.”

Although still learning the ropes of being the owner of a country club, Walker said this is different from anything he has done.

“This to me is not as much work,” he said. “I’m sure there will be days when I say oh my goodness. I don’t mind being up here most of the day. It’s kind of a release. Instead of sitting at home trying to figure out what we are going to do today, it’s we get to go up here and work and hang out with people. It’s not like I’m designing something and have to really think on it like I have been doing most of my life. It’s a nice break. I like playing golf, so I’m going to get to do that plenty now.”