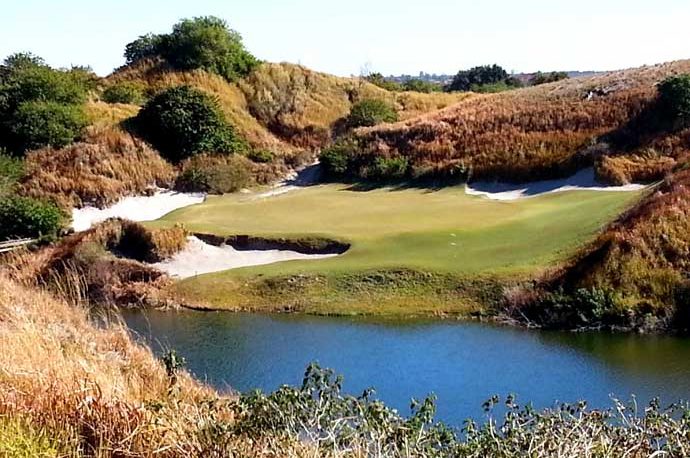 You’ve heard of Streamsong in Florida, right? Three great golf courses and a ton of other amenities. If you live in Alabama, a buddies’ trip to the renowned golf destination might never be cheaper.

The resort is offering a summer deal for residents of Alabama, Georgia and Florida from May 23 through Sept. 30.

Streamsong’s three courses – Red, Black and Blue – are all on Golf magazine’s list of “Top 100 Courses You Can Play” in North America.

The summer golf rate is $99, while accommodations are $159 (Wednesday-Thursday) and $179 (Friday-Saturday).

Pricing does not include taxes, cart fees, caddie fees, resort fees, or other additional fees.  Resident room rates are not available June 3-5, 11-12, 24-26, and September 23-25. A valid Alabama driver’s license ID is required.

The tournament organized by the Alabama-NW Florida Section PGA, was sponsored by TaylorMade.

Bailey, of Dewsweepers Performance Academy, was consistent in the 36-hole tournament, firing 70-70 to finish at 140.

McCorkle, of Old Overton, shot 74 in the first round before closing with a 67 to make things interesting before falling one shot short of forcing a playoff. Noah Miller of Valley Hill finished third, five shots back at 145.

Life member Mike Genovese pulled away in the second round to win the senior division. Genovese opened with a 69 and closed with a 65 to take a six-shot win over Jeff Copeland, of Thompson Golf Academy. Copeland shot 70-70. Riverchase’s John Carney was third at 146.

Central Alabama and Wallace State-Hanceville were in the top 15, while Calhoun Community College finished 17th in the 24-team tournament.

Trey Rouse (Jefferson State) was the top finisher among the state schools, finishing tied for 14th at 292. Hutchinson teammates Ben Partridge and Harry Crockett tied for medalist honors at 10-under 278.

Tanner Guthrie led Central Alabama, tying for 26th place at 294. Wallace State was led by Carter Goodwin, who tied for 20th at 293. Brayden Bendall led Calhoun, tying for 47th place with a 303 total.

Lauren Cole was the top Wallace State finisher, shooting 348 to finish in 31st place. The tournament was played in Ormond Beach, Florida, at Plantation Bay Golf and Country Club.

Members of the Youth on Course initiative now have an easy way to gain access to golf courses.

GolfNow’s integration of a custom, tee-time booking engine for Youth on Course offers its 100,000-plus junior members an easier and more convenient way to play their next round of golf, while promoting more play and generating more rounds and revenue for participating golf courses.

The functionality will be available in the YOC app, providing all members with 24/7 smartphone access to tee times at participating GolfNow golf courses in North America. This is in addition to a February announcement that all YOC members also have access to a complimentary GolfPass video subscription.

“Youth on Course members are playing more golf than ever before and the transition to online bookings via GolfNow is a giant leap forward for our members and for our participating facilities,” said YOC Chief Technology Officer Grant Gaudette.

“GolfNow is the industry-leading tee-time marketplace and shares our vision that the future of this great sport starts with ensuring everyone has access to play. The YOC app now offers a portal for young people to learn how to shoot lower scores with GolfPass, then apply that new knowledge on the course with GolfNow,” Gaudette said.

“It’s hard to find any youngster these days without a smartphone – it’s how they connect with the world,” said Jerramy Hainline, senior vice president & general manager of GolfNow.

“This custom-booking app puts golf front and center in their world and makes it easy and convenient for them play a round by themselves, with a fellow Youth on Course friend or with a family member.”

YOC statistics show more than 40 percent of its members also book for an accompanying adult when making plans to play.