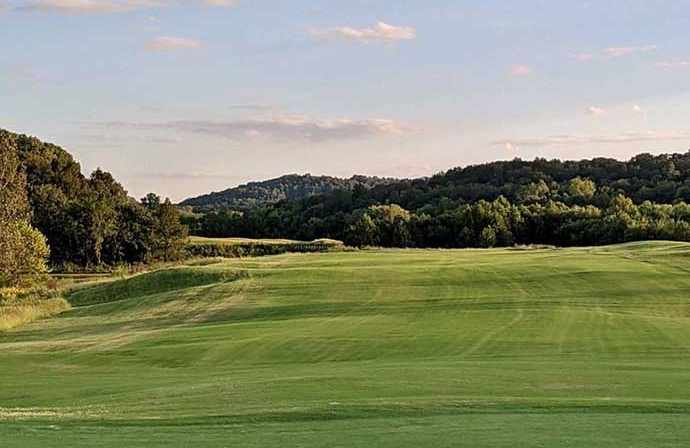 The reopening of the Ross Creek Landing Golf Course on Oct. 17 proved to be quite popular. According to course owner Fred Gillham, the course was packed for weekend play.

Before it shut down for renovations, the course was a favorite day-trip destination for golfers from across north Alabama, north Mississippi and middle and west Tennessee.

“It went very well,” Gillham said of the reopening. “I had a lot of people thank us for opening it back up. The course was great. I didn’t hear a bad word about the course.”

Jan Trabue, who works in the golf shop, said Ross Creek Landing did approximately “200 rounds” on the opening weekend.

The course, one of five built by the State of Tennessee and designed by Jack Nicklaus, opened in 2001 and closed in 2013. Before closing, it was largely considered the best of the Bear Trace courses, a collection of Jack Nicklaus designs in Tennessee, and earned numerous honors, including being named Tennessee’s No. 1 public course by Golfweek. Hardly 40 miles north of the state line, it had been popular with Northern Alabama golfers.

Gillham bought the course from the state for approximately $2 million. He and partners Tommy Tinin and David Chasteen, began working to reopen the course in June.

The course layout remains the same as before, but Bentgrass greens were replaced with Bermuda grass greens.

“The fairways were a little thicker than before, so it played a little longer than it used to play,” said David Hasting, a teacher in nearby Waynesboro who has played the course since it first opened in 2001. “The fairways are more narrow, and the high-trouble areas seem closer to the edges than before.”

“The greens were pretty soft and receptive to not just full shots, but for chips and pitches. They aren’t perfect like before, but I thought they rolled pretty well.”

Rates for the public facility are now in place. The cost for 18 holes, including cart, is $35 Monday through Friday. On weekends and holidays, the cost is $40. For golfers 55 and over, Senior day costs $25 on Thursdays

For tee times, call (615) 676-3174. The course has a Facebook page. A website is in the works – rosscreeklandinggolfclub.com – is close to being up and running, Trabue said.

Ross Creek Landing also has a grill/snack bar inside the clubhouse.