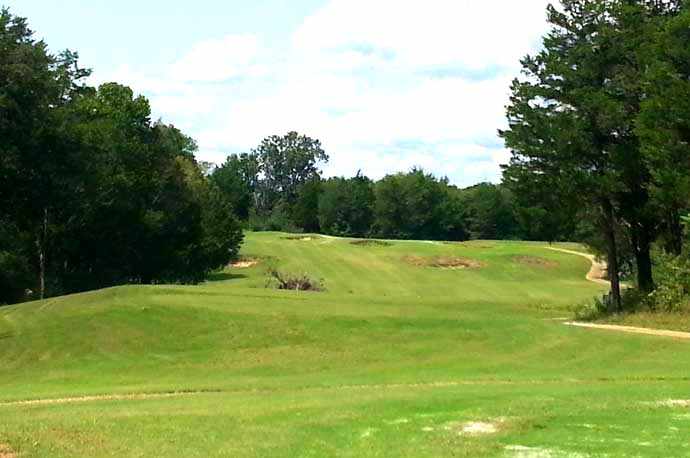 Course owner Fred Gilham said recently that the new target date for the course, formerly a part of the Bear Trace network of Jack Nicklaus-designed courses across Tennessee, is now mid-October.

“It’s going to probably be around the middle of October,” he said recently. “We have gotten the irrigation system fixed and we have the sprinklers going. Everybody who has come by to see it has been impressed.”

Fairways have been mowed and overgrowth thinned on the course. Greens were sprigged and a recent visit showed they had been verti-cut and sanded. There is still work to be done on the course’s bunkers, but the course looks close to being ready, weather permitting.

Gilham said it hasn’t been all smooth sailing as he and business partners Tommy Tinin and David Chasteen toiled to get the course ready to reopen.

“We run into little things every day,” Gilham said. “If the weather cooperates, I think we’ll get it open in mid-October.”

The course, one of five built by the State of Tennessee and designed by Jack Nicklaus, opened in 2001 and closed in 2013. Before it closed, it was widely considered the best of the Bear Trace courses and earned numerous honors, including being named Tennessee’s No. 1 public course by Golfweek. Hardly 40 miles north of the state line, it had been popular with Northern Alabama golfers.

Ross Creek stretches to 7,131 yards from the tips and has a slope rating of 132.

Gilham bought the course from the state for approximately $2 million and operated it for a time before it closed. Chasteen is a vital part of the team working toward the reopening. He was behind the reopening of Chickasaw Golf Course, another of the original Bear Trace courses that closed in 2015.

When Ross Creek reopens, it is expected to have a price point of around $40.

PrevPrevious ArticleCharlie Krenkel: an’ a 1 and a 2
Next ArticleUAB Blazers Complete Fall Tournament SweepNext