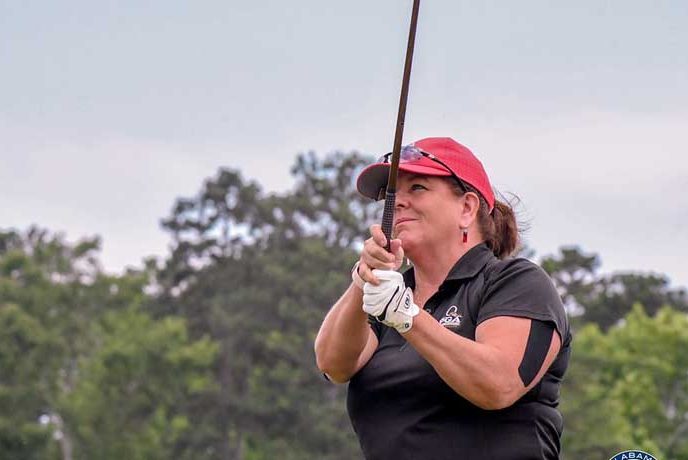 A year later than originally planned, the USGA will stage the US Women’s Senior Amateur golf tournament at The Lakewood Club in Point Clear.

The tournament is scheduled Sept. 10-15 on Lakewood’s Dogwood course.

The tournament was delayed by a year due to the coronavirus pandemic. Instead of skipping ahead to the next site on the list, the USGA decided to push the other sites back a year and keep the tournament at Lakewood.

USGA kept US Women’s Amateur at Lakewood despite pandemic

“Our philosophy is there’s 16,000 courses in the United States, and only 14 of them get a national championship and that’s a pretty big thing,” Fraser said.

“Luckily, we were able to host it again. A lot of the USGA [tournament] sites were just abandoned, they just went to the next one. But they were able to move this one around — Alaska’s going to take this event next year. … They said we can reschedule some of the others and make that happen.”

For Fraser, the delay meant another year to make sure the event comes off just right.

“It gave us another year for planning, even though that year of planning took place in a year of a pandemic, so there were a lot of uncertainties,” he said.

“The USGA is divided up into three seasons — the spring season, the summer season and the fall season. They’ve been through the first two seasons, and the toughest [COVID] protocols they had were in Maryland for the [U.S] Junior Girls. Right now they don’t see any issues; they go with state and county guidelines.”

The forecast for the tournament is good – a turnaround from last year when Hurricane Sally roared through the area, doing extensive damage in Baldwin County, including the golf course. Recently, Hurricane Ida threatened the area but stayed west and created little more than a rain event at Lakewood.

Plenty of repair work at Lakewood after Hurricane Sally

“We came out of Hurricane Sally last year and we had nine holes back open in about a week, and we had 300-something trees that we lost,” Fraser said.

“It was devastating, but it was mostly pines. It’s funny, these old oaks have been through that show a few times, and they just keep growing.

“It took us about four weeks to get all 36 holes back up and running [Dogwood and Azalea courses]. People that came later said they couldn’t even tell it had happened. That’s because we did it right. We didn’t cut any corners where you have to fix more after that. We got the golf course back up. It was a tough year, a pandemic and a hurricane.”

Many of the players are staying at the Grand Hotel. Stroke play qualifying begins on Friday, Sept. 10 on the Dogwood Course, with tee times off both the No. 1 and No. 10 tees.

A 9-11 tribute will open the tournament, with three members who are veterans hitting an honorary tee shot. That will lead to two 18-hole rounds of stroke play, with the top 64 golfers advancing to the match play portion to determine the champion.

“Some players have already been here to play some practice rounds,” Fraser said. “It’s going to be tough for them. We’re at sea level and even with using the carts the course will play at almost 6,000 yards. … They’ll be hitting a lot of woods into the greens, and there are some ladies who will be here who can move the golf ball. It’s going to be a tough task and our doglegs are different than they are used to; they are set with 100-year-old oaks, which you can’t hit over. You have to go around them and that makes the course longer.

“[The USGA] doesn’t want deep rough here because of the length of the course. That will make it tough enough. It’s going to be a real good test for them. We’ve got a little bit of water and we’ve got natural oak trees, but I think they’ll enjoy it.

Fraser said the US Women’s Senior Amateur is a perfect fit for Lakewood, Point Clear.

“The senior ladies happens to fit our demographic here in Fairhope,” he said.  “You’ve got the Grand Hotel, the spa, the town of Fairhope, that fits the demographic of 132 senior women playing golf at that level

“The downtown merchants have jumped on board. Fifty downtown businesses are taking part. The city is going to put up banners on the light posts and some of the businesses are going to put up banners in their doors or windows and if you see that and you have a credential [for the tournament] they’ll give you a gift with a purchase or a percentage off in a restaurant, things like that.

“Out of the 250 volunteers that have signed up to work the tournament, 220 of them are Lakewood members. Many of them are professional people who are taking time off to help. It’s not going to be a huge spectator crowd, but I think you’ll see a lot of the members out here watching the golf. It fits where we’re going and what we’re doing.”

Featured image: Donna Lowen is one of two Alabamians in the US Women’s Senior Amateur Championship being played at The Lakewood Club. (Photo courtesy Alabama Golf Association)