Using My EZ Pass on My Golf Trip Not So Easy 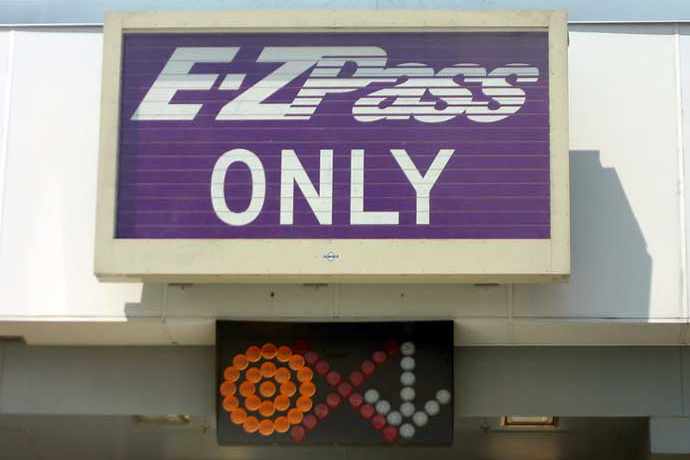 My Quest to Save a Few Bucks on Tolls Cost Plenty

Put this on your list of things not to do on your next golf buddies’ road trip: Using your own EZ Pass toll transponder on a rental car.

My tale of woe began when I flew from Albuquerque, where I live, to Little Rock, Arkansas. There, I was met by Alabama Golf News Editor Gregg Dewalt and his friend, Cherokee Ridge Country Club PGA professional Joel Gafford, in an Enterprise Dodge Caravan Gregg had rented in Florence.

The airport pickup went smoothly, as did the four days we spent in Hot Springs Village, where another golf writer, Chuck Miller, was eager to show off some of the nine courses his 14,000-person gated community has to offer.

From Hot Springs Village, it was easy drive to Tulsa, where we hooked up with Golf Oklahoma magazine Editor Ken MacLeod, who got us on Southern Hills as part of a First Tee charity shamble event he’d entered.

The EZ Pass from Hell

Knowing that Oklahoma has toll roads, I had packed and reactivated an EZ Pass transponder I’d bought in Baltimore during an East Coast road trip three years earlier. I assigned it to the Dodge Caravan so we could skip the toll booths in Oklahoma.

After our rounds in New Mexico, including one at Paako Ridge Golf Club, I pulled the transponder off the windshield and bid farewell to Gregg and Joel, who headed home on Interstate 40, which has no tolls.

Over the next few weeks, repeated checks of my Maryland EZ Pass online account showed no Oklahoma tolls. I then re-read which passes that Oklahoma accepts. EZ Pass wasn’t one of them.

A helpful Oklahoma PikePass telephone agent resolved the Oklahoma tolls. He had me retrace which toll roads we used and where we entered and exited, and I paid the $12 owed over the phone.

‘This is Getting Out of Control’

The holidays came and went before I realized that I should deactivate my EZ Pass account before it burned through my money in monthly fees. That’s when I learned I had reactivated the EZ Pass from Hell and had assigned it to the Enterprise Dodge Caravan from Hell.

In June – four months before Gregg rented it – the Dodge Caravan had run up unpaid tolls in Illinois, which, no surprise,  were automatically assigned to my EZ Pass account.

It was only a couple bucks. Okay, lesson learned, I thought. I called Maryland and after an hour on hold, I asked, how do we get these tolls off my account? The agent said, send us the Enterprise rental contract, and she gave me an email address for the Maryland EZ Pass Customer Service  Fulfillment Center.

Gregg emailed me the contract and I emailed it to Maryland. Days turned into weeks with no reply. Each time I went online to check my account, not only was there no refund, I saw that the Dodge Caravan had run up more tolls. This time in Pennsylvania. Lots of them.

Toll After Toll Was Charged to My EZ Pass Account

My initial balance of $25 had been wiped out and had been automatically replenished with another $25 charged to my Visa and that, too, was quickly being drained. This is getting out of control, I told myself. While on the phone with Maryland EZ Pass, the agent informed me that still more tolls were being racked up. The Dodge Caravan from Hell was getting around – and on my dime.

This time, the agent said, look, the fastest way to end this is for me to close your account and wait for the people at the fulfillment center to process your request for a refund.

Two more weeks passed with no reply. Finally, a letter arrived that I was sure contained a paper refund check. Instead, it was a form letter stating, “We are unable to process your EZ Pass Maryland application/update/correspondence for the reason checked below…

“Other: Please contact PA EZ Pass to dispute transactions in regards to your MD EZ Pass.”

A letter to Harrisburg went in the mail this week, and the Tale of the EZ Pass and Dodge Caravan from Hell continues….