Tunica Mississippi: Worth the Drive 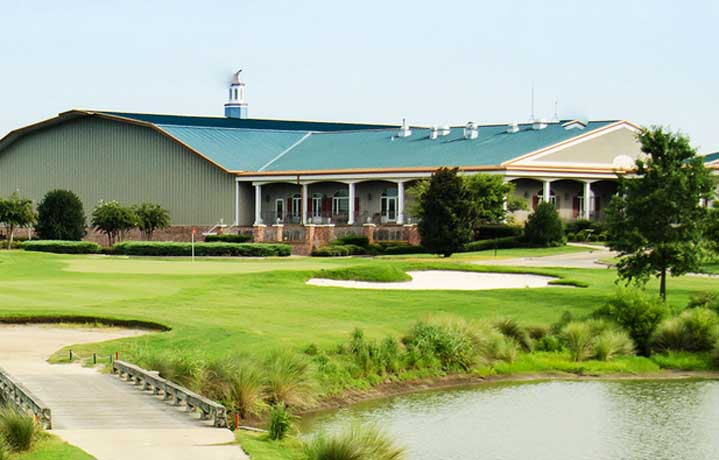 Tunica Mississippi, long a popular gaming destination, has blossomed into a worthy golf destination, with two great courses offering plenty of challenge for players of all abilities.

Tunica’s location 25 miles from the intersection of I-55 and I-40 puts it within an easy day’s drive for two thirds of America’s population. It’s roughly 180 to 200 miles from Huntsville, Birmingham or Tuscaloosa.

With six casinos and plenty of  restaurants, Tunica has all the elements of a great destination. If you’re into music, you’ve come to the right place; if you like the blues, even better. The state of Mississippi is known as the “Birthplace of America’s Music.” The Mississippi Delta is where the Blues began and it’s home to the King of the Blues, B.B. King, and the King of Rock n’ Roll, Elvis Presley.

The Gateway to the Blues Museum is located at the visitor’s center on Highway 61 and it’s the first attraction many people see when they roll into Tunica. The staff there can help with directions, entertainment suggestions – even dinner and lodging reservations.

As for the golf, the topography in this part of the Mississippi Delta is pretty flat, but Tunica National Golf & Tennis Club has made the most of it. The course, designed by Mark McCumber, features Champion Bermuda greens that are large and receptive, gently rolling zoysia fairways and six sets of tees.

Tunica National winds its way around several lakes and strands of pine trees and features bunkers that are well-maintained with a lot of character with high faces and a rugged look.

None of the par 5s are what I would consider reachable in two, at least from the Blue tees or longer, and each side ends with the toughest hole of that nine. The course’s No. 1 handicap hole is Number 9, which plays 415 yards from the back tees with water down the right side and bunkers in the narrow landing area. Success off the tee will leave a mid-iron into a well-protected green with sand and water on the right.

To me, the No. 2 handicap hole, No. 18, was more challenging. It’s a 443-yards par 4 dogleg with water looming in the landing area off the tee. The hole gets longer when you have to hit less than driver off the tee and leaves a longer approach. The green has a lot of undulation and is guarded by two bunkers in front. It is a really challenging finishing hole.

Tunica National has an impressive practice facility, and many players come here just to hone their game. There’s a 360-degree driving range with room for every club in your bag. There’s also a separate short game area and practice putting green. The clubhouse lounge has good food and a friendly staff.

The other Golf Course in Tunica

River Bend Golf Links, Tunica’s other golf offering, has a linksy feel. I realize that to be considered a true “links” golf course a large body of water needs to be involved. Although the mighty Mississippi River is nearby, it doesn’t count.

That said, River Bend Golf Links is the closest I’ve encountered to a links course outside of Scotland. The bunkering on each hole gives it a rugged look and a Scottish feel, and when the wind is blowing, even more so.

The greens are in great shape and the course is a lot of fun to play, regardless of how good you are. According to General Manager Chris Conklin, many of the bunkers will be filled in soon because they are so maintenance-intensive. So, if you’d like to get a feel of what it’s like to play in the Home of Golf without the expenset, give River Bend Links a try.

As for lodging, visitors to  Tunica have a lot of choices of where to lay their heads at night. MGM Resorts International’s Gold Strike Casino Resort seems to offer the best value. Our suite there had a king bed, large, flat-screen TVs in both rooms,an  ample sitting area, and a master bathroom with an jetted tub.

For breakfast, try the Buffet Americana. For dinner, you won’t find a better steak in town than what they serve at the Wine Spectator award-winning Chicago Steakhouse. The seafood dishes are delicious too.