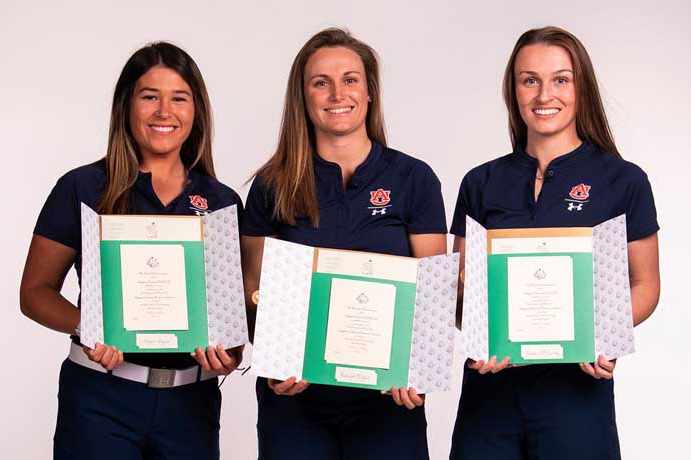 Collegians from Auburn and Alabama Invited

Huntsville native Michaela Morard, Kenzie Wright of Texas, and Benedetta Moresco of Italy will represent the Crimson Tide at the event.

All six were invited to last year’s Augusta National Women’s Amateur, which was canceled because of the coronavirus pandemic. However, all three were invited back and recently received their invitations to return to the prestigious event this year.

“While the wait for the return of this championship has been longer than expected, the excitement generated by the sportsmanship and competitive spirit showcased in the inaugural edition still resonates with us today. We look forward to hosting this elite field this spring and showcasing the future of the women’s game.”

The tournament is held the week before the Masters. It features an international field of amateurs competing in a 54-hole event. All competitors play a practice round at the Augusta National Golf Club. The field is cut to 30 players after 36 holes, and the final 18 is played at Augusta National.

Telfer is no stranger to the event, having played in the inaugural Augusta National Womens Amateur in 2019. She finished 12th and shot 71 in the final round – one of only eight players to finish under par on Augusta National.

For McCarthy and Schofill, it will be their first time playing in the event.

“It’s an amazing honor to be invited,” Auburn head coach Melissa Luellen told AuburnTigers.com. “Earned through their merits of their performances for the World Amateur Ranking. I know they’re all really excited. It’s just special. I think any girl that ever gets to play in this tournament – what a highlight of your amateur career.”

Morard and Moresco are true freshmen at Alabama, while Wright is a graduate student.