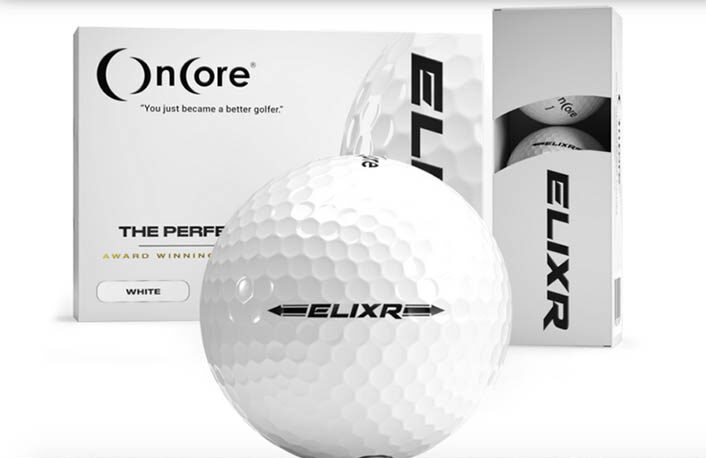 What sounded like a good idea at the time has turned out even better than OnCore Golf founders Steve Coulton and Bret Blakely imagined.

Coulton and Blakely were just two friends looking for new jobs in 2011. For some reason, they thought getting into the golf industry seemed reasonable even though at the time the sport was on a downward spiral.

Some 11 years later, Coulton and Blakely’s venture into the golf industry has been successful as the heads of OnCore Golf, a company specializing in direct-to-consumer golf balls while also branching out into other areas of the industry.

It’s possible you haven’t heard of OnCore because its products aren’t stocked on the shelves of your local country club or muni, it doesn’t have sales reps combing the countryside for new customers and it’s products are not advertised on TV during the weekly professional tour events.

Despite that, OnCore, with its four distinct entries in the golf ball realm, has done quite well carving out its niche in an ultra-competitive marketplace.

OnCore’s four brands include Avant 55, Elixr, Vero X1 and Vero X2. The company introduced a new Elixr this past spring and the Vero X2 is hitting the market now, and all three have price points between $20-50. The three-piece Elixr is the mid-priced ball at $30 per dozen and is the company’s tour-level ball for players with mid-to-high swing speeds.

The new 95 compression Vero X2, now available for Club OnCore members and to the general public in September, adds to the line that includes the popular four-piece 85 compression Vero X1 and is designed specifically for players with even higher swing speeds. It was recently awarded Silver status on Golf Digest’s Hot List for urethane balls.

Starting a company that specializes in golf balls was the result of a conversation between Blakely and Coulton.

“Bret asked if he had ever told me about a golf ball his father’s company was developing,” Coulton said. “The ball was a side project of one of the engineers, and long story short, I was intrigued by the technology.”

That hollow-core technology eventually spawned today’s product line. Developing the technology was a drawn-out process, Blakely said. Not only were they trying to develop a ball, they were going against billion-dollar companies with large research-and-development budgets.

“That was the part that was kind of exciting and scary,” Blakely said. “You are going against billion-dollar goliaths with decades and decades of reputation and hundreds of players on Tour, but we kind of felt like our hollow-metal core was our neon sign and our on-ramp into the industry.”

It might have been their on-ramp, but it also was a roadblock given that the USGA rejected their technology twice. Eventually, they moved away from the hollow-core technology but kept the concept. OnCore got USGA approval and John Calabria came on board to help develop their current golf ball lines that feature patented perimeter weighting.

The business partners admit to being naïve when it came to entering their product into the market.

“When we started out, we were certainly naïve in terms of what we were up against,” Coulton said. “We learned this is a really contested space with billion-dollar multi-nationals having pretty much bought out the entire PGA Tour and national marketing and all of that. That’s the challenge of being entrepreneurs and having a start-up you have to get creative. You have to find a way and you have to have a ‘don’t take no’ for an answer kind of attitude.”

Throughout their decade-plus partnership, the co-founders of OnCore have found their niche, both from a brand and technological standpoint.

“We really tried to create an inclusive brand for a different demographic than your standard Titleists and TaylorMades of the world,” Coulton said.

Blakely and Coulton remain committed to the direct-to-consumer model, pointing out that when OnCore entered the market, online sales for golf balls was about 1 percent. Now, it’s between 15 and 20 percent.

“We had always wanted to do a direct-to-consumer because we felt like we saw what was coming in a continuous decrease in brick and mortar and continuous increase in online purchases,” Blakely said. “It has blown through the roof and that’s where we want to live. It costs us the least – the product goes out and the money comes in immediately. In real time, we can pivot and do things a lot faster.”

OnCore is also close to introducing smart balls into the market – their iRoll ball will provide feedback for short game and putting. A Genius ball will provide instant feedback for other clubs. Both are still in the developmental stage. The company is also in the planning stages for a series of off-course entertainment centers.

The bottom line, though, is that OnCore’s focus will continue to be with golf balls. “That’s our bread and butter,” Coulton said.