On Course Foundation introduces vets to the golf industry 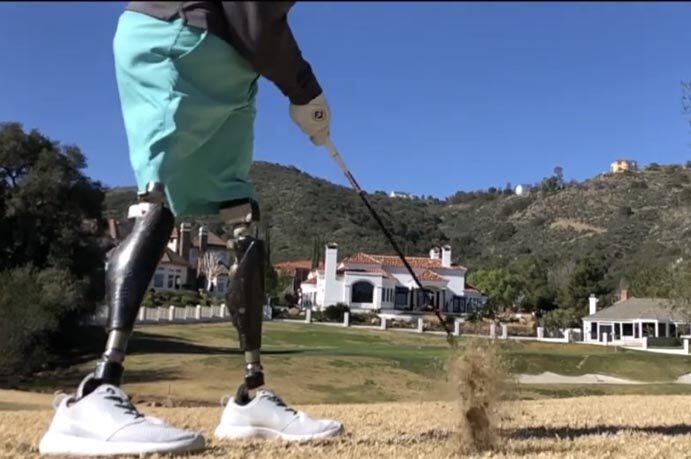 Especially with its coastal location, Alabama is an important outpost for America’s military with notable bases at Fort Rucker, Fort McClellan, Maxwell-Gunter AFB and Redstone Arsenal.

Our state is also remarkable for golf.  It’s easy to enjoy rounds at Purcell Farms, Oxmoor Valley, Ross Bridge and other courses on the Robert Trent Jones Golf Trail.

So, why do we mention the military and golf in the same breath?

Because there’s been clamoring for On Course Foundation to conduct programs across Alabama that reportedly houses 370,000-plus veterans and serves up year-round weather suitable for plenty of golf.

For those unfamiliar with On Course Foundation, it helps wounded, injured and sick service members develop playing abilities while teaching business skills for careers in the golf industry.

The organization then places them in jobs with major companies like Callaway and Invited (formerly ClubCorp), other golf product and service providers, and golf courses, country clubs and resorts coast to coast.

More than 2,000 wounded veterans have benefited from On Course Foundation learning programs in the U.S. and Europe since 2010.

“Through the confidence that the game of golf brings, we ensure that the self-belief our members have enjoyed on the course, shows off the course through access to work experience roles and full-time job opportunities,” the group says on its website.

On Course Foundation was founded by a veteran of IMG, the largest sports marketing group in the world. A member of its board is a retired four-star general who commanded NATO and U.S. forces in Iraq from 2005-2008.

On Course is not to be confused with the junior golf program Youth on Course, which exists to make golf affordable to junior players.

Nick Kimmel [depicted in the featured image atop this story] survived an IED explosion in Afghanistan that left him without both legs above knee and his left arm above the elbow.  A golfer at an early age, he was “tortured” about the notion of never playing golf again.

“The desire wasn’t there, and the primary thought was that missing limbs would cause me to sit on the sidelines forever,” Kimmel said.  “Then I learned about On Course Foundation and its members prompted me to not feel sorry for myself, overcome the physical and mental pain by thinking positively, and get back into the swing of things.”

“Early on, I struggled playing with one hand holding onto the club for a whole round,” he continued. “I tried to figure out how to hit a ball with a lie below my feet.  It’s like trying to hit a golf ball with all your weight on your heels.”

Jason Leap’s dad was a Navy veteran and FBI agent who introduced him to golf at the age of eight.  Following his dad’s lead, Leap became a U.S. Air Force Security Forces airman in the danger zones of Afghanistan and Pakistan.  For 10 years, he transported supplies, our troops and enemy combatants (dead and alive). A neck and spinal fusion led to an honorable discharge in 2005.

Leap maintained all his limbs, however his hidden wounds made integration to civilian life extremely difficult.  Daily anxieties, including his dad’s passing, led to drug and alcohol addiction.  He and his wife were homeless, and he couldn’t hold a job.  Leap even sold his treasured golf clubs.

With family support and an introduction to On Course Foundation, Leap’s learned to love golf again and sobriety has kicked in.  Moreover, On Course Foundation supported his landing a position a security manager at Callaway Golf’s massive distribution center in Fort Worth, Texas.

“On Course Foundation changed my life.  And working with Callaway is awesome.  What more could I ask for?”

Perhaps Alabama will be added to the list of 15 current states where On Course Foundation conducts learning programs.  Time to rally the troops and start lobbying.