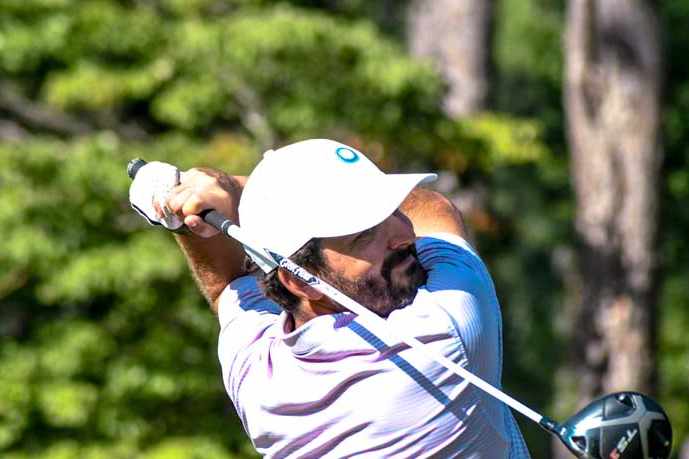 The drama of the second Southeast Mid Am Four Ball Championship  kept building and building in the final round of the 54-hole event.

Three teams were the hunt for the title as the final holes played out at Willow Point Golf and Country Club on Lake Martin, Alabama.

The Southeast Mid Am Four Ball Championship wasn’t decided until the 54th hole, when Vestavia’s Jackson King and Hoover’s Will Swift birdied the par-5 finishing hole.

“Jackson played awesome these past few days,” Swift told the Alabama Golf Association. “We found ourselves three-down against really great players, at one point. We knew we were battling, starting on No. 12, and we kept it going. I’m so fortunate to have a partner like Jackson, we had a great time.”

A team of Georgians – Charlie McDaniel II of Monroe, and Jeremy Britt of Columbus, tied for second with Hunter Hawkins and Will McCurdy. Each team posted a 21-under 195.

The McDaniel-Britt team shot 62 in the final round for the day’s best score, while McCurdy-Hawkins shot 65.

Second-round leaders Eric Howell/Woodie Eubanks could manage only a 69 over the demanding Willow Point course in the final round and tied for fourth place at 196 with Blair Hamm/Clay Guerin.

Robert Nelson and Walker Grant shot 65 in the final round and finished a distant second at 198.

Doug Davis and Jonathan Watts closed with a 69 in the final round and finished third at 15-under 201.

The Southeast Mid Am Four Ball Championship is co-conducted by Willow Point Golf & Country Club and the Alabama Golf Association.