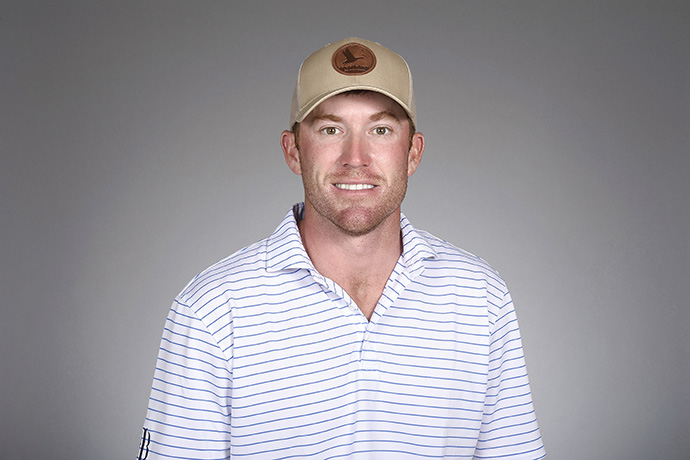 Mobile native and former University of Alabama golfer Robby Shelton closed out the Korn Ferry Tour finale in style Sunday, using an early eagle in the final round to win the Pinnacle Bank Championship in Omaha, Nebraska.

It was the fourth career Korn Ferry Tour win for Shelton, who already had ensured himself of a promotion to the PGA Tour next year with a win earlier this season. He’ll enter the KFT playoffs ranked No. 2 on the points list.

Shelton was tied for fifth place going into the final round and was even par through three holes when he made an eagle 3 on the par 5 fourth hole. He followed that with three birdies in a row from Nos. 6-8. Shelton shot 6-under 65 to finish at 17-under 267.

He couldn’t celebrate the win until Ben Montgomery’s birdie bid to tie on the final hole slid past the cup.

“It feels awesome to finally put a Sunday round together,” Shelton said. “It means so much. I’ve slept with the lead a couple times and almost let it slip. Coming from behind is kind of where I like to be, and just a solid – a dream start. Just an incredible start, and hung on, putted well all week.”

After a week off and then two more weeks of the KFT playoffs, Shelton said he is ready for the next step in tackling the PGA Tour for a second time. He said he is more prepared as a 26-year-old than he was in his first stint which resulted in him losing his Tour card.

“I think then I was just young and playing some good golf, but now I can put it together four days in a row for a string of tournaments, which is huge for me,” he said. “I’ve been a little inconsistent the past few years, and just to be able to do this day in and day out, it means a lot.”

Shelton’s fiancé, Kelsey, was on site to watch him win after flying in. They are scheduled to be married in December.

Rogersville native Conner Godsey tied for 19th place at 9-under 275 with a final-round 70. It was his best finish since a 10th-place finish July 3 at the Ascendant. He moved up to No. 112 on the season-ending points list, but missed out on qualifying for the KFT finals.

Birmingham’s Trey Mullinax, another Alabama grad who won earlier this year on Tour, is moving on to the second round of the FedEx Cup playoffs courtesy of his T5 finish at the St. Jude Classic. Mullinax moved from 70th place to 40th place on the points list with his 11-under-par 269 total.

Ardmore’s Lee Hodges closed with a 5-under 65 in the final round and finished T13. He moved up from 99th to 72nd on the points list, but only the top 70 advance to the second round. It was his highest finish since February when he finished ninth at The Honda Classic.