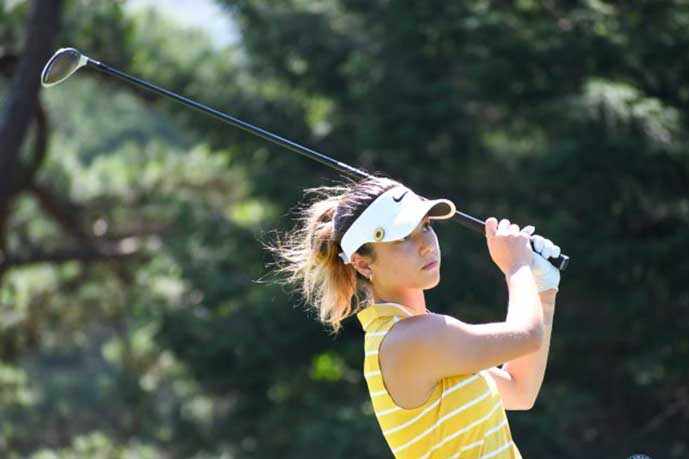 Huntsville’s Michaela Morard teed it up Monday in the Alabama Girls State Junior Championship tied with Martha Lang for the most victories in Alabama Golf Association history.

When the recent Randolph High School graduate holed her final putt Wednesday afternoon, Morard owned the record all by herself.

Morard, headed to the University of Alabama this fall, capped her fifth Alabama Girls State Junior Championship win with a four-over-par 76 to win by two shots at Huntsville’s Valley Hill Country Club.

Pittman started the day four shots behind, but sliced that deficit in half with a final-round 74 that left her at 222.

It was Morard’s fourth straight Alabama Girls State Junior Championship. She won her first title in 2015 and finished her record-setting performance by winning in 2017, 2018 and 2019 before winning Wednesday. Lang, a member of the USGA Executive Committee, won her four titles between 1967 and 1970.

Lauren Thompson of Midland City posted a two-over 74 for the day and an overall eight-over 224 to place third.

Ashley-Sinclair Curtis of Enterprise carded an eight-over 80 for the final round. Overall, Curtis scored a 14-over 230 to claim fourth place.

Emilia Smith of Enterprise shot a seven-over 79 for round three. Smith placed fifth with an overall score was a 16-over 232.

Morard did not make a birdie in the final round, while Pittman made four birdies to help offset a pair of double bogeys. Pittman fell as many as six strokes behind but also got as close as two back early on the back nine before Morard held on.

Valley Hill Country Club is a 27-hole layout in south Huntsville. For the girls championship, it played to par-72 at just over 5,800 yards.

Valley Hill also played host to the inaugural 13 & under girls championship that concluded Tuesday. Christine Chang of Auburn shot rounds of 71-79 for a two-round total of 150 to win by 14 shots.

Gregg Dewalt is editor of Alabama Golf News. Reach him at TeeTimesGregg@gmail.com.