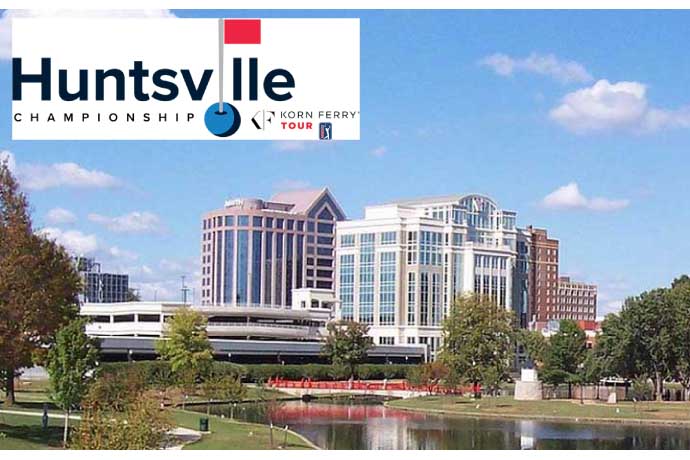 The countdown to tournament clock on the Huntsville Championship website has steadily been ticking toward zero.

Day-by-day, it turns over. Eighty-one turns to 80, which turns over to 79. It recently hit 64 days until tournament week.

Each day Tournament Director Penn Garvich tackles another set of items from his to-do list. It’s the same routine he’s had since this time in 2020 – that is before the Korn Ferry Tour and pretty much everything else was shut down due to concerns over a new virus that was overtaking the country.

Garvich’s disappointment of not seeing what was to be the inaugural Huntsville Championship come to fruition quickly turned into preparing for the 2021 version, scheduled for The Ledges April 29-May 2.

The Huntsville Championship marks the return of professional golf toHuntsville for the first time since 1998, and Garvich is confident his team will put on an outstanding show for players and the community.

As the tournament inches closer, it’s all about the details for Garvich. And a year later, Covid-19 remains a concern.

“We’re taking a day-by-day approach,” Garvich said during a recent interview with Alabama Golf News. “We have had to make adjustments as far as how many fans are going to be allowed out there. We are having to expand the footprint and do some things operationally that were not planned on, and it’s a new way to look at it moving forward.”

If there was any type of a silver lining to the 2020 cancellation, Garvich said it was the ability for his team to maintain momentum for 2021. He said approximately 90 percent of tournament sponsors carried over their support, as did 85 percent of the volunteers.

“It left us with a great head start heading into this year,” he said. “It would have been a lot more challenging if we had a lot of refunds and a lot of folks saying they were going to hold off for now.”

With that support in place, Garvich has focused on a variety of other issues, including managing the ever-changing protocols to ensure player, caddie, spectator, volunteer and vendor safety. With Covid-19 still a concern, Garvich said tournament staging will smaller than originally planned.

“Numbers will be a little bit smaller and scaled back,” Garvich said. “The Korn Ferry tour is a little different than say the Waste Management Open where you have 50,000-60,000 people packing one area of the course every day. The focus for us is how we are navigating hospitality areas in particular just because they are in closer quarters and higher numbers.”

Obviously, Garvich said it was disappointing when the 2020 tournament was canceled given how much work had been done and how close it was to tournament week.

“It was frustrating,” he said. “It was totally out of our control. If it had been something under our control it would have been totally different. Ultimately, it was what was best for everybody. We had been pitching and selling this tournament for so long and then to not have an opportunity to showcase it, it was frustrating. Then you look past it and make the decision to regroup and get ready for the next one.”

The Huntsville Championship will benefit from a strong field. Because of the pandemic, the top 25 players on the Korn Ferry Tour in 2020 did not earn PGA Tour cards for 2021. As a result, Garvich expects most of the Korn Ferry Tour’s top players to be in Huntsville. Lee Hodges, of nearby Ardmore who earned his first Korn Ferry Tour win last August, is expected to play and should be a major draw.

“We are excited to be able to host Lee and there will be 155 other guys,” Garvich said. “A lot of them had outstanding seasons last year but unfortunately didn’t get to roll over to the big tour. For us, selfishly, we are glad to have a lot of those guys coming back like Lee, Davis Riley and some others who have Alabama connections. Typically, you don’t have the opportunity for those guys to come back because they have moved on.”

The tournament is allotted four sponsors’ exemptions, and Garvich said those will be announced in the coming weeks. Also, volunteers are still needed. Volunteer information and ticket information can be found here..

As the countdown clock ticks away, Garvich said he is more anxious than nervous as the Huntsville Championship approaches.

“We are going to do the best way we know how and folks are going to show up and have a great experience,” he said. “Come Monday, May 3 we will have a lot of folks who are ready for 2022 and can’t wait to experience it again. We are all systems go.”

PrevPrevious ArticleWhere Does the ‘Tif’ in TifEagle Come From?
Next ArticleLocal Play Up on Robert Trent Jones Golf TrailNext