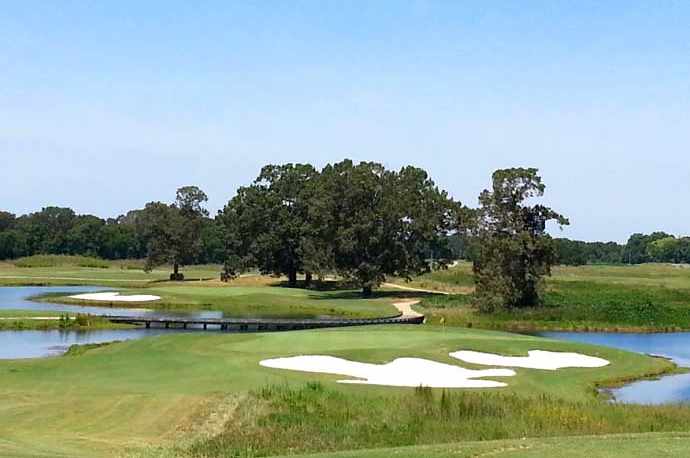 Visitor Play Down on the Robert Trent Jones Golf Trail

The Robert Trent Jones Golf Trail saw its share of good and bad news from the outset of the Covid-19 pandemic through January 2021.

On the bad side of the ledger, the pandemic curtailed much of the play from golfers from outside Alabama. On the plus side, local play at the Robert Trent Jones Golf Trail courses was up considerably, Chief Operating Officer Mike Beverly said.

“In six of the last eight months we set a record for rounds,” Beverly said. “We had a lot of local play. We did rebound in October with our travel play, which helped, but we still weren’t where we were before.”

The Robert Trent Jones Golf Trail has been around for nearly 30 years and is a favorite destination for both domestic and international golfers.

In addition to the quality of golf, one of the Trail’s main appeals is that it is easy to navigate, with facilities stretching from Huntsville and Muscle Shoals in the north to Magnolia Grove and Dothan in the south. For visitors, after a day on the course, the next Trail course is just a short drive away.

The Trail sees the most visitors in its spring and fall seasons.However, outside play was curtailed in the early throes of the pandemic as most of the country shut down.

Worries Linger About the Coming Spring

“We still have some concerns with March, April and May of this year with the travel,” Beverly said. “Typically, by the end of April we will have had people from all 50 states and 12 countries come through. With the flying, it will definitely be a more regional driving kind of customer for most of this year until they get this vaccine distribution figured out. It just keeps dragging on and on.”

Local golfers have flocked to the Trail courses, though.

“It’s been pretty amazing,” Beverly said. “I think rounds are up 15 percent. During our summer and winter months when we are mostly local play, we rebounded nicely. It has continued on into 2021. January was fantastic – I think we were 32 percent higher than any January in history. That’s crazy. We didn’t just beat it, we smoked it and the weather wasn’t even great.”

Beverly echoes what most golf industry insiders have noted about the increase in local play. Because golf was one of the safer activities during the pandemic, more people have either given golf a try or returned to the game. Increased local play has helped sustain the courses during the downturn in outside play.

“Golf has been a great resource for people to get back outdoors and it certainly helped our local business,” he said. “We sold probably 6,000 more trail (discount) cards than we did the prior year. It’s been great to get those people who either came back to the game or were introduced to the game. I feel like we are in a great position if we can just get through this and get back to traveling and retain some of those new or returning golfers. I think golf in general is in a very good spot right now.”

Time is running short to apply for the Alabama Golf Association’s Women’s Scholarship.

The deadline to apply is March 2. The scholarship is valued at $20,000, or $2,500 per semester for eight consecutive semester as long as the scholarship requirements are maintained.

The AGA emphasizes that it is not an athletic scholarship – it is an academic scholarship awarded to a girl who is interested in golf.

The scholarship was established in 1993.

To be eligible for the scholarship, the candidate must be:

Be a graduate of an accredited secondary school where she has shown evidence of academic excellence, good citizenship, sportsmanship and community involvement

For more information about how to apply, go to alabamagolf.org.

In the women’s competition, Spring Hill finished second and Mobile was fourth behind winner William Carey.

Spring Hill’s Melanie Collins led with a third-place finish with rounds of 78-76 in the 36-hole tournament.

PrevPrevious ArticleHuntsville Championship: After Year Delay, All Systems Go
Next ArticleLee Hodges in the Hunt in Puerto RicoNext