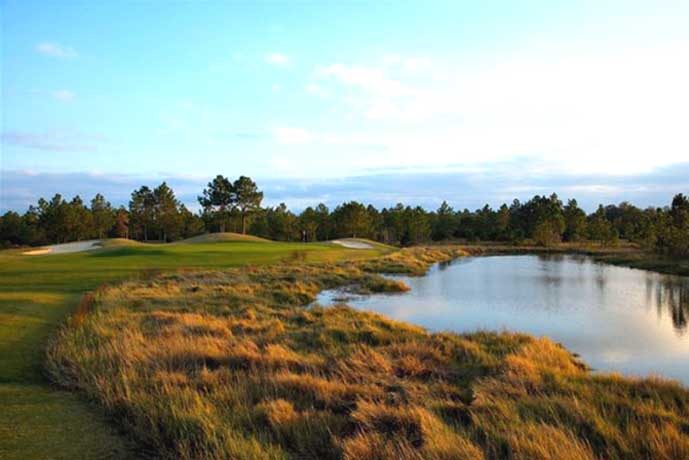 GlenLakes Golf Club in Foley offers a little something for everyone, regardless of skill level, for folks looking for affordable golf in southern Alabama.

The 27-hole course is a popular stop not only among locals in the Mobile-Foley-Gulf Shores-Pensacola area, but also among snowbirds who visit during the winter months.

David Musial, the head professional at the club for the past six years, said the course has found its place in the local golf community.

“Our play has grown from 2014 where we were playing maybe 30,000 rounds to now we’re playing about 45,000 rounds [a year],” Musial said. “Last year we had more rounds than anybody else around here. Now, that’s partly due to some courses being closed [temporarily because of Hurricane Sally damage], but we still had more golf than anybody around here.

“Great golf conditions at an affordable rate are a niche for us. You also have the proximity to the beaches, the proximity to the expressway, and it’s easy to get to and from Mobile and Pensacola. Foley is growing in leaps and bounds. We have 200 homes going up on (the) Vista (course).”

GlenLakes Offers Three Styles of Golf to Choose From

Each of the nine-hole layouts — Vista, Dunes and Lakes — offers a different feel and different challenges while playing to different degrees of difficulty.

“The Dunes is very unique,” he said. “You don’t see many courses like it that have the Scottish dunes and the movement to it as far as the sidehill and uphill lies. There’s a lot of movement to the greens and it is very difficult.

“Vista [par 35] is a real complement to Dunes because it has the mounding look but it’s a little more open and you have more flat lies on Vista than you do on the Dunes. The Lakes is the original nine, which was built in 1987. It is more of a resort-style course. It’s not real long — it plays to about 3,000 yards from the back tees.”

The Dunes and Vista courses are a Bruce Devlin-Robert von Hagge design, which explains why the two courses are so different from the Lakes.

Vista was the last nine holes built. The course was known as Lakeview Golf Course in 1987. When the Dunes course was built in 1990, the name was changed to GlenLakes Golf Club because of the Scottish dunes.

“I think the Dunes would be too hard if all 18 holes were that style,” Musial said. “But it’s a complement to the others as it is. You get a little bit of everything at the course. The mounds that you see are more out of play on Vista than they are on the Dunes.”

The course underwent some changes thanks to Mother Nature. Hurricane Sally tore down 392 trees, thus thinning out some areas and creating a little more openness in some areas. All of the bunkers at GlenLakes had to be replaced as the storm took all the sand with it as it moved through the area.

Asked to pick his favorite hole on each of the courses, Musial tabbed No. 7 on Dunes, a 448-yard, par-5 hole from the white tees.

“It’s our signature hole with a peninsula green, which is always fun,” Musial said. “Having a hole where you have to hit a shot over water and you can’t negotiate it offers a challenge.”

“It has the character to it where you have to carry it up the hill. There’s no room for ground navigation to that green,” he said.

And Then, There’s ‘The Shoe Tree’

An interesting hole on the Vista course is No. 12, a par-3 hole known for its “Shoe Tree.” Golfers will notice several pairs of shoes hanging from  its branches. According to its history, golfers who hit their tee shot into the water protecting the right side of the hole are offered a challenge: Hit a second tee shot, but if it also finds the water the golfer must throw their shoes into the tree and play the remainder of the round barefoot. As evidenced by the tree, several golfers have lost that bet.

On the Lakes, Musial chose as the best hole No. 2, a par 4 that is only 265 yards from the white tees but has a lake right in front of the green that must be considered.

“It’s a challenging shot coming to a real narrow green,” he said.

“I think that’s why we have a real niche,” Musial said of his rates. “It’s been a real good snowbird business. The closing of the Gulf State Golf Course helped us, as a lot of their customers came our way.”

GlenLakes is about six miles southeast of downtown Foley, three miles east on County Road 20 from Highway 59, and one mile east from the intersection of the Foley Beach Express toll road and County Road 20. It’s also located near the OWA amusement park, which fronts the Beach Express. Phone (251) 955-1220 for tee times or more information.