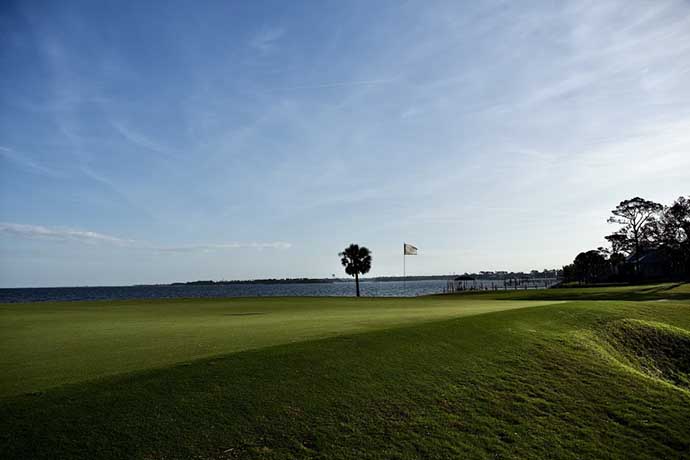 The 2021 Alabama–NW Florida Section PGA tournament season opened earlier this week at Pensacola Country Club, and a familiar face emerged with the victory.

Pensacola Country Club is an ideal jumping off point for the first tournament of the season. Overlooking Pensacola Bay, it is similar to a links-style course. It’s situated between downtown Pensacola and the Naval Air Station at Forrest Sherman Field.

Forty-five players teed it up in the first event of the Alabama–NW Florida Section PGA tournament season.

Genovese made six birdies, including four in the front nine, to offset a lone bogey in completing his 67. Pilkington made four birdies and eagled the par-5 No. 8, but had two bogeys to fall a shot short.

Alabama-NW Florida PGA Executive Director Bart Rottier said he was glad to see the section pros back in action.

“The 2021 season promises to be a memorable one,” Rottier told alabamanwfloridapga.com.  As we reflect on the past year, golf just means so much more to us now.  This time last year, we were canceling our entire spring schedule and heading into uncharted territory.  We learned a lot in 2020 and it’s exciting to be turning our focus to a new, brighter chapter in our Section’s history.”

The Alabama–NW Florida Section PGA schedule takes a break as it gears up for the Korn Ferry Tour Monday qualifier for the Emerald Coast Classic at Burnt Pine G.C. and Emerald Bay G.C. in Sandestin, Florida.  The next tournament is the Biolyte Match Play Qualifier and first-round matches at Indian Hills Country Club in Tuscaloosa on April 19.

PrevPrevious ArticleCumberland Lake: The Man Who Turned it Around
Next ArticleJacksonville State claims Bash at the Beach TitleNext