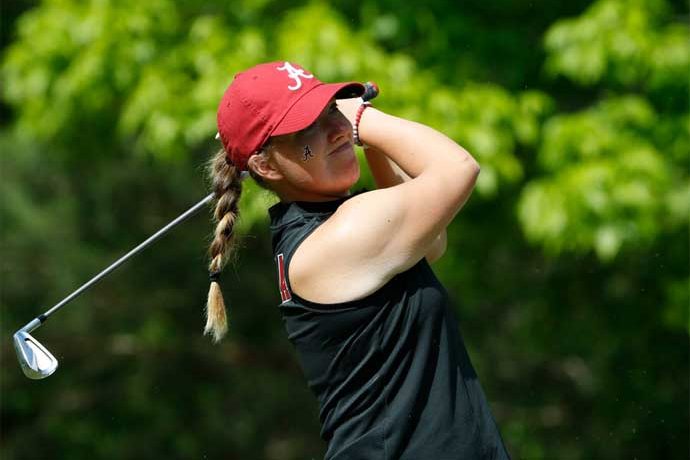 Auburn’s Kaleigh Telfer and Megan Schofill honored by the SEC as first-team members of the all-conference team.

“I think it’s a great honor for both of them,” Auburn head coach Melissa Luellen told AuburnTigers.com. “Obviously well-deserved. I love that our highly competitive SEC coaches appreciate the talent of those two.”

Telfer and Schofill tied for the team lead with 71.95 stroke averages. Telfer had three top-10 finishes, including a win in the Northrop Grumman Regional Challenge against a field that included 12 teams ranked in the top 25 and nine players ranked in the top 25 individually. She also was named to All-America teams by the WGCA and Golfweek.

All-SEC Teammates Paced Each Other All Season

Schofill matched her All-SEC teammate Telfer nearly shot for shot this season as a freshman, posting a win in the Lake Oconee Invitational and recording four top-10 finishes. She also was named to the SEC All-Freshman team.

“The players on the team that are older than her have kind of helped pave the way for more successful times on the golf course for Auburn golf,” Luellen said. “And I feel that Megan is coming in, and she’s leading us toward the top echelon of college golf.”

Jovan Rebula was a first-team selections, while Graysen Huff and Andrew Kozan were second-team picks. Alex Vogelsong was selected to the All-Freshman team.

Rebula set the school scoring record with a 70.19 stroke average and his 71.4 career average is second only to Blayne Barber (70.83). The George, South Africa native was the top Auburn finisher in four tournaments and finished in the top 10 in 5 of 7 tournaments. Rebula is a three-time All-American.

Huff compiled a stroke average of 71.39 and had three top-10 finishes and five top-20 finishes in six events for the Tigers.

Kozan had the second-lowest stroke average for Auburn (71.14) and finished in the top 20 six times in seven tournaments.

Vogelsong had a 71.62 stroke average that included two top-5 finishes in his freshman season.

Alabama’s representative on the women’s All-SEC first team was Kenzie Wright, who is ranked No. 17 nationally.

Wright, a senior, led the Crimson Tide with a 71.92 stroke average in seven tournaments in 2019-20. Wright has been tapped to play in the prestigious Arnold Palmer Cup matches in December in Orlando, Florida, as part of the U.S. team. She also has an invitation to the Augusta National Women’s Amateur next April.