Isaiah Jackson to Return to Memphis 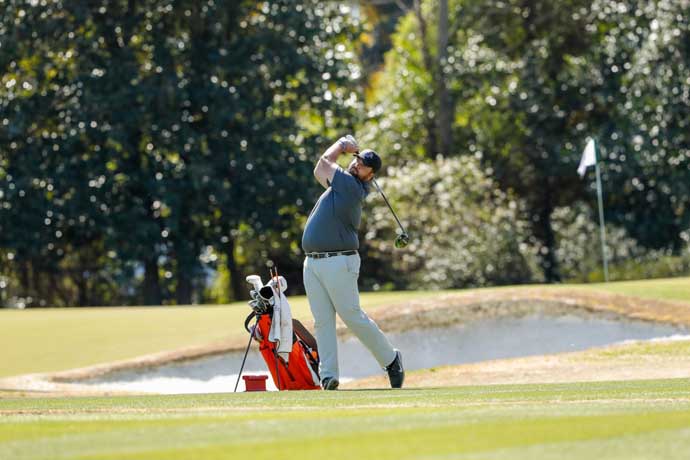 NCAA Grants Another Year of Eligibility Because of Coronavirus

Red Bay graduate and University of Memphis golfer Isaiah Jackson will return to the Tigers for another year, the Northeast Daily Journal reported last week.

Jackson was in his final season of eligibility at Memphis before the season came to a premature ending in March due to the coronavirus pandemic.

The NCAA recently agreed to allow all spring sports athletes the option of returning for another year, and Jackson opted to spend another year playing for the Tigers.

“The journey is still continuing,” Jackson told the Daily Journal. “Memphis was all onboard with seniors coming back. I’ve got another semester of school left, so when they offered me another year of eligibility still on scholarship, I would’ve been stupid not to take it.”

Jackson recently was named one of 30 honorable mention All-American selections by Ping. He is only the third Memphis player to be named All-American and the first since 2016. His 70.0 scoring average broke the school record.

After graduating from Red Bay, Jackson spent two years at Meridian (Mississippi) Community College before transferring to Memphis in 2018.

Jake DeZoort will not return to Alabama’s golf team for his senior season, the Tuscaloosa News reported earlier this week.

DeZoort, a senior, was on track to finish his college career with the Crimson Tide this season. However, when spring sports were shut down to the ongoing coronavirus pandemic, DeZoort was granted another year of eligibility. However, he opted to enter the transfer portal and will close out his college career at another school.

The decision appears to be financially motivated, as DeZoort was in need of more financial aid than he was getting to continue his college career.

“I wouldn’t say it was difficult — just purely from a financial standpoint, it’s a lot of money — but it’s a hard (decision). It’s tough that it has to be that way, I guess,” DeZoort told the Tuscaloosa News.

DeZoort is an engineering major and has already graduated. He’s looking for a school that offers a one-year MBA.

DeZoort played in two of Alabama’s tournaments and compiled a 75.32 stroke average. He played in six events as a junior. He was the only senior on Alabama’s roster.

Chris Burns, the longtime head professional at Florence Golf & Country Club, was honored recently by the PGA of America.

Burns became a member of the PGA of America’s Half Century Club.

“Your commitment to, and promotion of our great sport, have helped make golf what it is today,” a letter from the PGA of America said. “Indeed, you are truly an expert in the game and business of golf.”

Burns has been a longtime advocate for junior golf and many of his students went on to play college golf. Each year he organizes the Laurie Burns Franks Memorial tournament in support of high school golf teams across the region, and he also helped organize the American Heart Association tournament which was among the largest charity tournaments in Alabama.

Burns has been a member of the Alabama/Northwest Florida PGA Section since 1960. He became head professional at Florence Golf & Country Club in 1961.