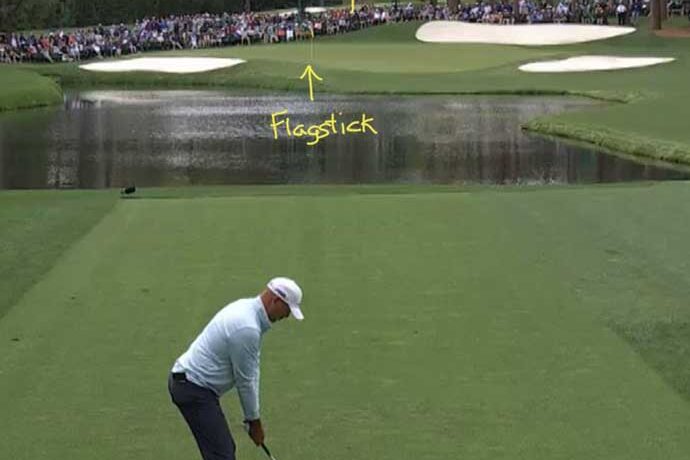 If there’s one tournament or golf course conducive to Stewart Cink jumpstarting the remainder of his PGA Tour season, it’s the RBC Heritage and Harbour Town Golf Links.

For the third time in his now 25-year career on Tour, the former Florence, Alabama resident comes into the RBC Heritage as the defending champion, so obviously he knows how to play the quirky Harbour Town track.

He won in 2021 by four shots over Harold Varner III and Emiliano Grillo and became only the third player in tournament history to win the RBC Classic three times, joining Davis Love III and Hale Irwin.

Unlike 2021 when Cink, who grew up playing the now-defunct Florence Country Club course in his hometown, was in the midst of a resurgent season, 2022 has not been as kind.

Looking to find his game at the RBC Heritage

Stewart Cink is coming off a missed cut at The Masters and hasn’t played the weekend in three of his previous four events. His best finish in 12 events this season is a T7 at the Valspar. In all, he’s missed seven cuts coming off a breakthrough two-win season a year ago.

Ahead of the first round at the RBC Heritage, Cink talked about the state of his game, calling it a little off all season.

“It’s kind of a year that’s gotten away from me so far,” he said Tuesday.

“I’ve been really close to playing very well, but I just have been trying to grasp at something that hasn’t connected just yet. I’ve had some moments but it hasn’t been the kind of year I was hoping for.”

Stats, as they say, don’t lie, and they bear out the kind of year it has been for the 48-year-old Cink.

A year ago at the RBC Heritage, Stewart Cink opened with 63-63 and never looked back while setting tournament records for best 36-hole and 54-hole scores. Now, he hopes to replicate a little of that magic.

“I’m looking to come to a place like Harbour Town and maybe get some confidence [from the memories] to turn things around,” he said. “I’m not far off and I’m staying like steadfast and focused on what I’m doing. It just hasn’t worked out for me yet this year.”

“I’m in a position where I don’t have to fret about it too much,” he said. “I’m still enjoying it.”

Cink has turned his late career into a family affair with his son Reagan caddying for him for a second straight year. Wife Lisa also travels with him.

“We’re having a great time and I feel like it’s a pleasure to play golf in competition. I want to get myself into the thick of it again before too long because I feel like emotionally I’ll be in a good spot to compete.”

Although he didn’t make the cut last week at Augusta, Cink did provide a tournament highlight with an ace on No. 16 in the second round. It was the 24th ace on that hole in Masters history.

“Augusta was kind of like a little glimpse into the whole season, where I didn’t play that well and I was just a little off, and Augusta just punishes you for being a little bit off,” he said. “Then we had one moment that definitely shown brightly with an ace on 16, a memory that we’ll never forget.”

How Cink got the nickname: ‘Kitchen’

“Reagan might even be the owner of crystal pretty soon from that,” Cink hinted. “But it was on his birthday, he was born the Tuesday of my first Masters back in 1997. So, my memories of him and the Augusta National Golf Course and the Masters go back as far literally as his life started.”

Cink also got a little bit of a shoutout from Tiger Woods for the ace when Woods referred to him as “Kitchen.”

It’s not the first time Cink has heard that nickname.

“It’s been something that people called me ever since I was little. Ever since I can remember,” Cink said. “Tiger thinks he started that, but he did not start that. I’ve been referred to as ‘Kitchen’ ever since I was a little kid playing golf back in Florence, Alabama, growing up.”

Cink said he first heard it when he teamed in a few events with a local Florence resident by the name of Tim Kitchens.

“Everybody just thought that was the funniest thing that Kitchens and Cink were playing together,” he said.

“And I was 13, 14 years old when that happened. People have been calling me that for years. Tiger’s always called me that, it’s just kind of a funny nickname, Tiger’s got nicknames for everybody just like we have for him and everybody else too. It’s is part of the locker room banter.”

To grab a fourth win at the RBC, Cink will have to outlast a strong field that includes Justin Thomas, Collin Morikawa, Cam Smith, Daniel Berger, Dustin Johnson and Jordan Spieth.

Cink is paired with Webb Simpson and Morikawa for the first two rounds.