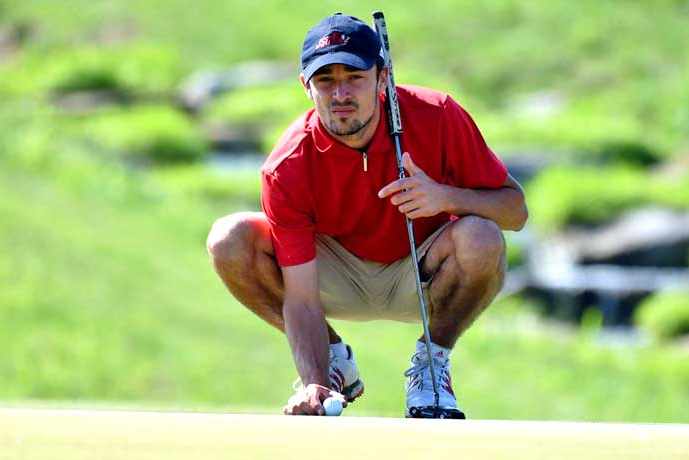 Jacksonville State’s Quim Vidal Mora was named the Ohio Valley Conference player of the week March 13 for his play at the Sea Palms Invitational on St. Simons Island, Georgia.

Vidal helped the Gamecocks to the team title in the 16-team field by tying for third place, four shots off the winning pace.

Jacksonville State finished the 54-hole tournament with an 870 total, three shots ahead of Appalachian State and nine shots ahead of Chattanooga. It was the Gamecocks’ first win since March 10, 2020.

From the Alabama Golf News Notebook

Steve Hudson recently was elected to serve the first of two one-year terms as president of the Alabama Golf Association at its annual membership meeting.

Hudson is a former University of Alabama men’s golf standout and one of eight members of the Alabama Sports Hall of Fame Class of 2021. He has been recognized as the AGA’s Player of the Year three times and was twice named the AGA Senior Player of the Year.

“I’m very honored to be trusted to serve in this particular role,” Hudson said told the AGA. “This really is a big dream, come true. My vision is to continue to support the momentum that the AGA has had for the last number of years with Andy (Priest) and his team. I know that it has been a goal for the AGA to do more for junior golf, so any way I can leverage my position to impactYouth on Course Alabama is a privilege.”

Other elected officers for 2021 include: Walker Grant of Montgomery (Vice-President), Joey Dzwonkowski of Mobile (Secretary), and Derrel Curry of Birmingham (Treasurer).

Re-elected Alabama Golf Association Board of Directors members are:

Also at the meeting, the honored Madison’s Jan Berry with the Sadie Roberts Volunteer of the Year award.

Berry has supported the AGA, NCAA and USGA at countless tournaments, worked thousands of hours while traveling untold miles throughout the state and nationally to serve as a rules official and board member all at her own expense.

“Volunteering with the AGA, USGA and NCAA has been a labor of love and something I really enjoy,” Berry said. “I found a way to give back to the community through the game of golf, and it’s great to work with such wonderful people.”

Mark your calendar: Ten manufacturers will be at the Madison Golf Center in Madison, Alabama, on March 19-20, with all of their latest equipment on display.

The event is free to attend. It annually attracts as many as 1,500, but it was canceled last year due to the coronavirus.