Mahlik, Erhart ready to tee it up in US Senior Women’s Open 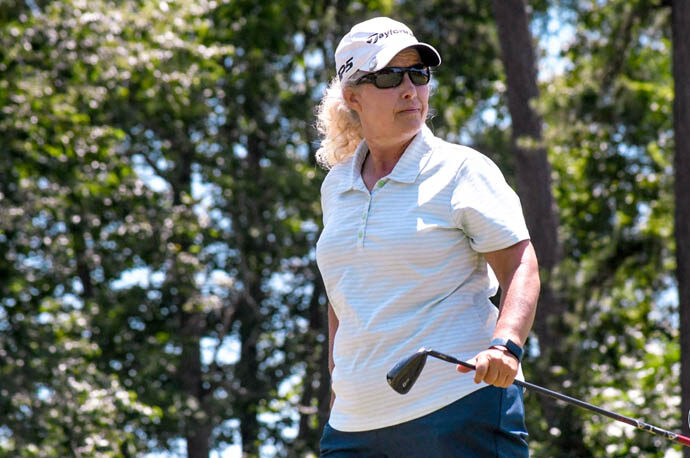 Canebrake Club player is one of two Alabamians in field

Ahead of this week’s U.S. Senior Women’s Open Championship in Ohio, Theresa Mahlik said she just wants to stay in her own zone.

Of course, that is easier said than done for the Madison resident who plays at Canebrake Club in Athens. After all, she’ll be practicing alongside players with household names in women’s golf such as Annika Sorenstam, Juli Inkster, Helen Alfredsson and other stars of the recent past.

One of two Alabama amateurs in the field – Patricia Erhart of Birmingham is the other – Mahlik just doesn’t want to be overwhelmed by the moment when competing in her first U.S. Women’s Senior Open.

Erhart and Mahlik each qualified for the tournament at the Atlanta Country Club in June. Erhart was medalist with a 72; Mahlik was third with a 75. This week, they will share senior women’s golf’s biggest stage with the likes of the aforementioned stars.

The 54-year-old Mahlik came to golf later in life. She’s only been playing for approximately 21 years. But after that first lesson from Des Mahoney in Oak Ridge, Tennessee, Mahlik was hooked.

“It was one of those things – I wasn’t working at the time and my husband and I had taken a couple of lessons together and I got the bug bad,” Mahlik said during a recent phone interview. “I lived on the range for 18 months. I kept playing and hitting, playing and hitting.”

Mahlik and her husband David first moved to Alabama in 1990. They moved several more times before returning to the state and settling in Madison. Since then, Mahlik has become a fixture in Alabama Golf Association events. She also qualified for second time for the recent U.S. Senior Women’s Amateur Championship in Alaska, but opted out due to the cost and difficulty of getting to the venue.

Her first USGA national appearance came in 2019 at the U.S. Women’s Senior Amateur in Iowa. She made it through qualifying and then lost 5&4 to Missy Gooden, a former LPGA player, in the first round. Possibly star struck that first time, Mahlik said she likely won’t be intimidated this time.

“I’m over it,” she said. “We are all golfers. Some are better than others. I think it will be fun.”

Mahlik, when not working with Billy Eastep at Madison Golf Center, can most days be found practicing or playing at Canebrake. She’s often hitting balls by 7 a.m.

“I’ve seen the sunrise there several times,” she said. “If you look down 18, it’s spectacular. The club has been great and [director of golf] Micky [Wolfe] knows what I am trying to do and allows me some latitude to practice at certain places on the course when they aren’t busy.”

Qualifying for the U.S. Senior Women’s Open in her first try was the culmination of one of her preseason goals, Mahlik said, noting that she felt like her game was ready.

“I figured I would give it a shot,” she said. “I decided to try because I am a better player. I keep working on my game; I get better. I see who played as amateurs in the Open last year and I know in other events, I can play like they can – not all of them.”

There is crying in golf

Mahlik admitted she cried when her 75 in Atlanta held up for the third qualifying spot and she learned she was in.

“I felt amazement, like ‘Wow, I did it,’” she said. “After that, every time somebody said congratulations I started bawling again.”

Mahlik has tempered he expectations for this week as she takes on the NCR South Course in Kettering, Ohio. She’s fulfilled one goal by qualifying. Now, she’d like to make it through to the weekend.

Mahlik’s 29-year-old son Alex, who works at Canebrake, will be her caddie.