Janie Jackson Looks Ahead to 2021 Season 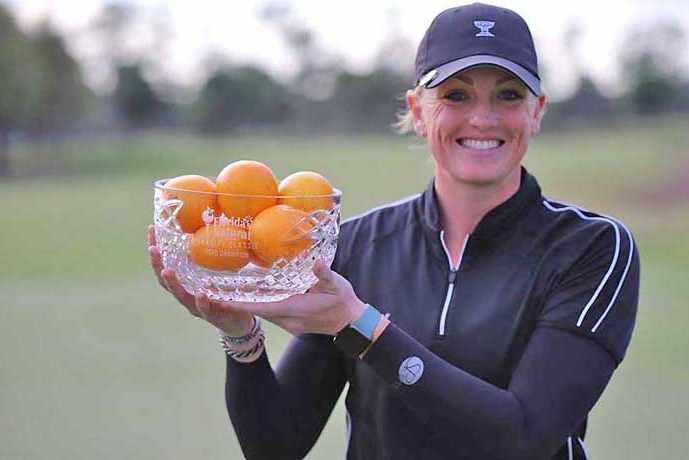 2020 Was a Breakthrough Year for Huntsville’s Janie Jackson

Amid the carnage of 2020, there were good news stories. You just had to find them. Janie Jackson is one of those stories.

In fact, it was somewhat of a breakout year for the former Huntsville High School/University of Alabama standout. Jackson won a tournament for the first time since high school, earned her LPGA Tour card and qualified for the U.S. Women’s Open. She did a lot of it while playing through a wrist injury.

After undergoing surgery late this year to repair her injured wrist, Janie Jackson is looking forward to playing pain-free as the calendar turns over to 2021.

Although most people would be bummed about spending several weeks in a cast and not being able to play, Jackson takes a positive view.

“In the long run I’ll be happy knowing I’ll be able to play pain-free next year,” Jackson said. “I’m going to use the time away to rest and rehab my wrist.”

Before surgery the week before Christmas, Jackson anticipated being away from golf for “two to three months.” But it was a relief to know that relief is on the way, she said.

“(The injury) definitely played a factor in my prep,” she said. “I couldn’t sit there and pound balls the way I would have liked the last few months. You can’t help when you are injured, so I was just having to deal with what I had.”

Doctors told Jackson that she couldn’t worsen her wrist injury by continuing to compete, so she played on through the pain and wrapped up a very good year. But it wasn’t easy.

“There are certain things in my swing I need to do better in order to hit it the way I would like,” she said. “The movement at the top of my swing that I needed to improve on makes it tough for me to do with the wrist injury, and just the way I need to extend my wrist makes it hard. I was having to work with what I had.”

In March, Janie Jackson broke through for a win at the Florida Natural Charity Classic on the Symetra Tour, which is the LPGA version of the PGA Tour’s Korn Ferry Tour.

Jackson also earned a spot in the U.S. Women’s Open, although she missed the cut.

For Jackson, 2020 was just another step in her journey of professional golf. She was a high school phenom at Huntsville High, winning three consecutive state high school championships, and is widely considered one of the state’s top high school products ever. She played well in college, starting her career at the University of Arizona before transferring to the University of Alabama and earning All-SEC honors as a senior in 2016.

Road to LPGA Tour is a ‘Journey’

Jackson had moderate success after turning pro before breaking through this season. She admits it has taken her longer to reach this point in her career than she anticipated.

“I have always known the hardest part about it is getting there,” she said. “It’s not an easy, direct quick path. It’s a journey, and I think overall it has made me a better player. I’ve stayed patient through all the work I have put in. When I won in March, that was a big confidence booster for me. It was very reassuring to know that I could do it. You can play good golf, but that doesn’t mean you are going to win. Getting the win proved to myself proved to myself that I was capable.”

Jackson laughed when recalling that the win at the Florida Natural Charity Championship was the first since high school.

“There were a lot of times during those five or six years where I played good golf, but at the next level everybody is good and you have to play about perfect to win,” she said. “It’s weird how it played out after that win. I felt good and like my game was rolling, and then we had the Covid break for four months or however long it was.”

Jackson, who credits a move to Scottsdale, Arizona, earlier this year with helping her improve, used the downtime during the tour’s hiatus to continue working on her game. Fortunately, Silverleaf Club where she plays never shut down.

“A big part of my success this year was moving to Arizona,” she said. “I had three or four months to work on things I needed to work on and get prepped in the right way. It was much easier to prepare being in a place where it was 70 and sunny every day than it is in Alabama.”

Although she lives now lives in Arizona, Janie Jackson, who played at The Ledges growing up, still works with renowned professional Mark Blackburn who is based at Greystone in Birmingham.

Jackson didn’t get the finish she wanted at the U.S. Women’s Open, but filed the missed cut away as another learning experience.

“It’s always special to get to play in the U.S. Women’s Open,” she said of her second appearance in the event. “It was one those weeks when every part of your game needed to be really sharp. You needed to be just about perfect out there. Unfortunately, I didn’t have my best stuff. But it was a really good experience. I wish I had played a little bit better. It’s all part of the journey and learning process.”

With her wrist on the mend, Jackson is looking forward to next season. Jackson isn’t sure how many starts she’ll get on the LPGA Tour because 2020 was considered a wraparound season.

“Because of that everybody keeps their status,” she said. “It might take a couple of months before I will get into anything (on the LPGA Tour). I’ll will still play the Symetra Tour when can’t I get in LPGA events.”

With status on the LPGA Tour, Jackson is on the brink of fulfilling the promise she showed in high school and college. She’s not planning on squandering the opportunity, either.