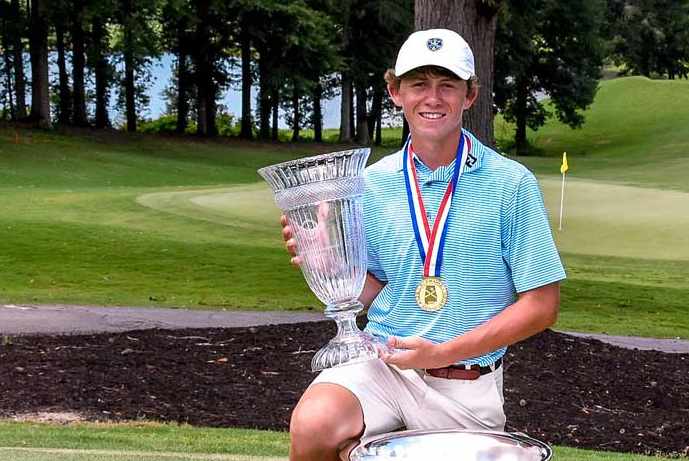 A high school senior was a double winner as the Alabama Golf Association announced its player of the year awards this week.

A season-long ranking system is used to determine the top players. Complete rankings are available on the Alabama Golf Association website.

“It’s a huge honor to be named Alabama Men’s Player of the Year, especially in a year like 2020,” Sargent told the Alabama Golf Association. “Very thankful that the AGA put on the State Amateur and other events. It meant a lot to play in them, and it gave me a lot of confidence going into 2021.”

He also repeated as the Boys Alabama Golf Association Junior Player of the Year.

Women: O’Berry, a junior at Auburn University won her only AGA start of the season at the Women’s Stroke Play Championship. She also reached the Round of 64 at the U.S. Women’s Amateur Championship.“This means a lot to me, especially considering the year we’ve all had,” O’Berry told the AGA. “I’m thankful that I had the chance to play golf this summer. The AGA has always been so fun to play in, and I’ve met some of my best friends through it. I’m just super grateful.”

It was O’Berry’s first Women’s Player of the Year honor.

“I’m very honored,” Wright said. “There are a lot of great names on that list in the state of Alabama from over the years, and to be recognized alongside such great players is an honor.”

Senior Women’s: Tuscaloosa’s Susan West maintained her stranglehold on the Senior Women’s Player of the Year, capturing the honor for the fifth straight year. West won the Alabama Senior Women’s Match Play title along with the State Senior Four-Ball. She also was runner-up at the State Women’s Senior Amateur.

“While it is such an honor to be named Alabama Senior Women’s Player of the Year, I’m so grateful that we even got to play this year,” West said. “Very thankful to have played golf, period. I am always moved by the relationships that this sport creates and allows for us to develop. I count it a blessing!”

Junior Girls: Like Sargent, Huntsville’s Michaela Morard won her only AGA start in 2020, taking home the Alabama Girls State Junior Championship crown for the fifth time. The freshman at the University of Alabama, now has a state-record nine AGA titles to surpass Martha Lang.

She capped her season by winning the Tennessee Women’s Open and reaching the Round of 64 at the U.S. Women’s Amateur Championship.