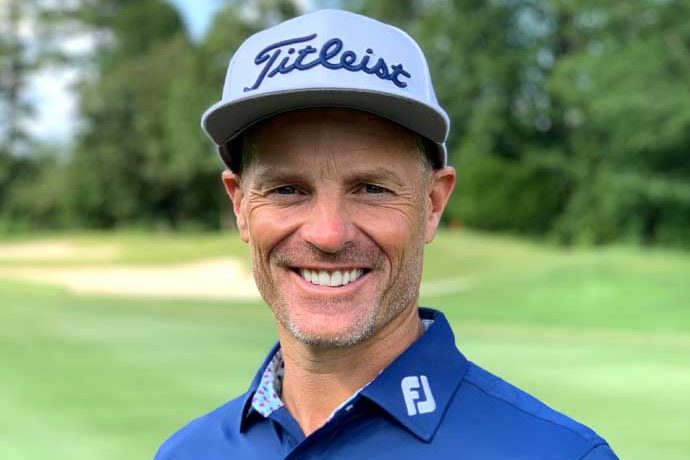 It was a year in the making, but Alabama teaching professional Mark Blackburn of Greystone Golf and Country Club in Birmingham, finally was honored as the PGA of America’s 2020 Teacher and Coach of the Year.

Blackburn was one of 12 honorees as the PGA of America opened its annual meeting Wednesday night in Milwaukee, Wisconsin.

The celebration of 12 honorees also  included PGA Golf Professional of the Year Ronny Glanton, and the first PGA Golf Executive of the Year, Dana Garmany, was delayed by a year due the ongoing Covid-19 pandemic.

Mark Blackburn, a Alabama-NW Florida PGA Section member and director of instruction at Greystone, was presented with the 2020 PGA Teacher & Coach of the Year Award for his outstanding services as a golf teacher, innovator and coach.

A native of England, Blackburn came to the United States in 1994 on a golf scholarship to the University of Southern Mississippi, where he was team captain. Blackburn received his U.S. citizenship in 2020.

Blackburn founded Blackburn Golf in 2000, and continues to work with golfers of all levels, focusing on each student’s unique movement patterns to develop an efficient and repeatable technique for their desired ball flight.

“My big thing is my coaches and the coaches in my academy,” Blackburn said. “I want to grow a tree of coaches who can lead and do things to leave a legacy to make golf better and make our coaches in the PGA of America even better.”

After receiving their awards from PGA President Jim Richerson, the recipients were brought onstage for several town-hall style conversations with Master of Ceremonies Dave Marr III. The traditional tribute videos for each recipient were voiced over by CBS Sports Commentator James Brown.

Glanton, the Head Professional at Sherrill Park Golf Course in Richardson, Texas, received the 2020 PGA Golf Professional of the Year Award, the highest annual honor given to a PGA of America professional, for qualities of leadership, strong moral character and a substantial record of service to the PGA and the game of golf.

Since the 1980s, he has maintained a mantra that his diverse facility would be welcoming and affordable to all, in order to grow the game. The golf course is regularly ranked among the top 10 municipal facilities in the country. Known for his humility, Glanton paid credit to his team and the support of the City of Richardson.

Dana Garmany, PGA, a Southwest PGA Section member and executive chairman of Troon Golf in Scottsdale, Arizona, received the inaugural PGA Golf Executive of the Year Award. The honor bestows special recognition for performing outstanding services in an executive management position, while possessing qualities of leadership, vision, courage, moral character and a substantial record of service to the Association and the game.

Other PGA of America award recipients were:

The Herb Graffis Award was presented to the Nebraska PGA Section during the 105th PGA Annual Meeting.  For bios and information on the individual award winners, click here.

PrevPrevious ArticleNeed a caddie? Caddy Time has you covered
Next ArticleOnCore Golf makes customizing your golf balls a breezeNext