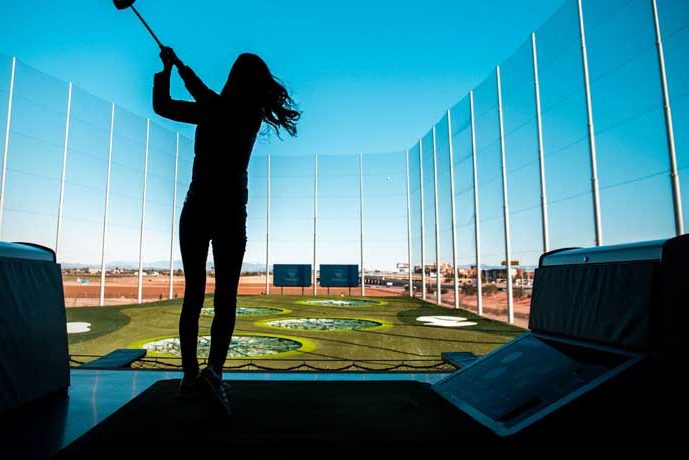 We’re starting off the Alabama Golf News business briefs with this local item: Tony Ruggiero of Alabama’s Dewsweepers Golf Academy has been named to Golf magazine’s list of the Top 100 golf teachers in the U.S. It’s a list he’s been on since 2017.

Dewsweepers has 12 instructors operating out of its studio in downtown Mobile and at Montgomery Country Club in Montgomery.

Iconic golf name to be purchased

More business briefs: The owner of Club Car has agreed to sell the company to a private group, Platinum Equity, for $1.7 billion, Golf Inc. magazine reported. The Augusta, Ga., manufacturer makes golf carts and utility and hospitality vehicles used by hotels and resorts. The company, which began operations in 1958, is currently owned by Ingersoll Rand.

Nationwide entertainment venue Topgolf is taking on management of its first actual golf course, a 9-hole muni in El Segundo, Calif. It plans to build a three-level driving range on the Lakes at El Segundo Golf Course property and will remake the course’s vibe to fit with its brand, Golf Inc. reporter Katie Thisdell writes.

The course. located northeast of Los Angeles, has struggled for years under both city and private management. Most recently, it suffered a city council-mandated green fee hike that further worsened its market position.

Topgolf has been mentioned as a possible concessionaire for under-performing municipal golf properties across the U.S. Local officials hope millennials drawn to its stylish and fun-oriented food, drink and golf concept will increase revenues in an industry that has gotten increasingly older over the last 25 years.

Topgolf has locations in Birmingham and Huntsville.

A new 10-hole short course opened at the Forest Dunes golf complex in Roscommon, Mich. The new course will complement the celebrated Forest Dunes design by Tom Weiskopf and The Loop, a reversible course designed by Tom Doak.

The 1,135-yard short course, which opened Aug. 1, was designed by Rhebb and Riley Johns. “You don’t often get the chance to get super creative when designing courses, but with the short course we really had the opportunity to have some fun with it,” Rhebb Johns said.

The short course’s greens are constructed to funnel balls toward pin locations, improving the likelihood of holes-in-one. A few tee shots tempt the player to make use of strategic slopes and banks instead of flying their shot in the air. Subtly shaped greens are bowl-shaped and some resemble catcher’s mitts or table tops.

Is golf’s recession nearly over?

The National Golf Foundation is citing course opening and closing statistics suggesting that golf’s 15-year decline may be ending.

Last year, the NGF recorded a net decline in the nation’s course inventory of 169 18-hole equivalent golf courses – a 31 percent reduction from 2019’s 246 decline. That year’s was the largest drop in net closures on record. The U.S. ended 2020 with 13,362 18-hole equivalents – defined as either an 18-hole course or two nines.

The ongoing correction in the golf industry began in 2006, when the real estate bubble began to deflate and a subprime mortgage crisis ensued that nearly took down the entire U.S. economy. That year was the first since the Great Depression that the U.S. golf market finished a year with fewer courses than at the start of the year.

The NGF reports that a decade and a half later – thanks partly to real estate developers hungry to turn unprofitable golf courses into profitable real estate. That combined with a surprising surge in golf activity catalyzed by the pandemic, means the U.S. is approaching equilibrium in supply and demand.

Expressed in terms of courses per capita – after 2020’s pandemic-driven participation bump – the number of golfers per 18-hole equivalent now stands at 99 percent of what it was in 1986, when the overbuilding trend began.

The PGA Merchandise Show, for years known colloquially as the PGA Show, has undergone an official name change and it will be known as, wait for it….the PGA Show.

Golf Inc. reports that attendance at the annual event held at the Orange County Convention Center in Orlando and operated on behalf of the PGA of America by Reed Exhibitions, saw attendance peak at 25,737 in 2008 then decline to 11,700 in 2018, its lowest since 1986. The 2021 live event was canceled because of the pandemic.