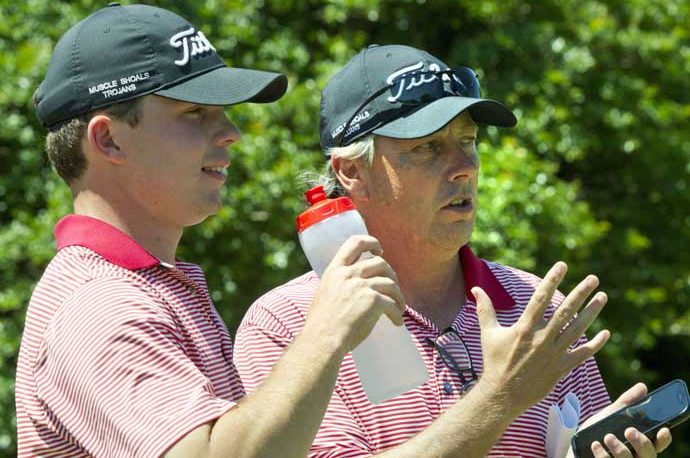 It would have been the sixth title of his career and a perfect way to end a 22-year career as the Trojans golf coach.

But then the coronavirus pandemic shut things down, prematurely ending the golf season. As a result, Gargis, who announced earlier this month that he will retire from coaching and teaching, will settle for finishing with five state titles.

But it’s not the state titles he will remember most – it’s the relationships with players, coaches and parents he’ll will miss the most.

“It’s something that God orchestrated for me to be here,” Gargis said last week. “It’s been a great career. I’ve loved every minute of it, but it’s been 30 years and I’m ready for something else.”

Gargis’ son, Sam, who signed with the University of North Georgia, is a graduating this month, but Derrick said that wasn’t the reason he was retiring.

“It just happened to work out that way,” he said.

Gargis said the key to his success was an ability to connect with those around him.

“Everybody has strengths and weaknesses, and one of my strengths is my rapport with students, parents and the players,” he said. “The relationships I have built have always been important to me.”

Gargis coached Muscle Shoals to back-to-back girls championships in 2013-14 and the boys team to three straight titles between 2017-19. In 2018, he was the Alabama Coach of the Year and the National Federation Southeast Coach of the Year.

He said watching the program grow from few players into a legitimate state power in both boys and girls golf was one of the highlights.

“We started with just two or three players and over time it became important to them,” he said. “All of the state tournament championships are special, but winning that first girls title – it was such a milestone. Everything has to fall into place. When that happens for the first time, it’s a fantastic feeling.”