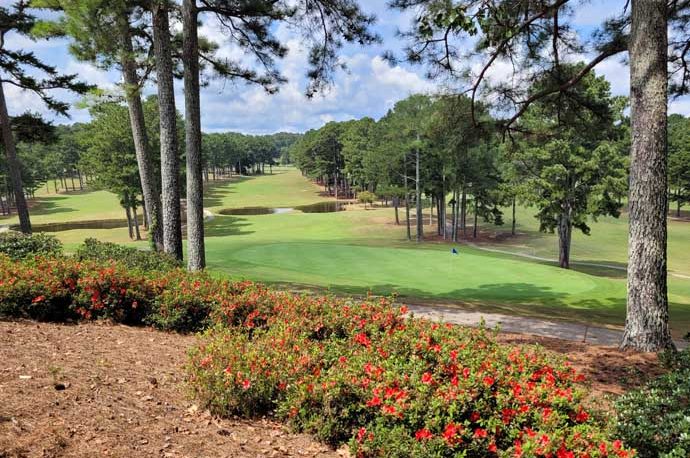 The City of Cullman, in north central Alabama, has become perhaps the smallest town to have two municipal golf courses. The newest is Terri Pines Golf Course.

On Monday, the Cullman City Council announced that the McGriff family is giving the golf course to the town. The city’s parks and recreation department will manage the facility, according to a report in The Cullman Times.

Cullman’s parks and recreation department already operates the city-owned Cross Creek Golf Course. The city has a population estimated at slightly more than 18,000.

Terri Pines has operated as both private and semi-private over the course of its 40-year history. It even underwent a name change to TP Country Club for a while before reverting back to Terri Pines.

The Tom Jackson-designed 18-hole course just 45 minutes north of Birmingham and 45 minutes south of Huntsville, measures a quaint 6,451 yards from the tips. From the white tees – Terri Pines has four sets of tee markers – it’s 6,002 yards.

Short by today’s design standards, Terri Pines is anything but easy. First off, you have to hit the ball straight. Towering pine trees that line the narrow fairways, eager to gobble up errant tee shots, means accuracy is paramount.

Adding to the course’s difficulty are the constant elevation changes. The second hole, for example, measures a scant 305 yards from the white tees. But the landing area for drives is where the fairway begins its steep ascent to the green.

That leaves a blind second shot with only the top part of the flag visible. How steep is the uphill climb? It’s at least a one club difference, and depending on the wind and pin location, possibly as much as two clubs.

It’s that second hole that sets the tone for the rest of the round. Up and down; down and up. Not all of the shots are as severe as the approach on No. 2, but the elevation changes make club selection difficult and uncomfortable. Well-placed bunkers add to the difficulty. There isn’t a ton of water, but what there is often comes into play.

The course features Bermuda grass tees and fairways, along with bentgrass greens. The course is flanked by housing.

Terri Pines features a 25-station practice range, practice putting green and a chipping green, and a clubhouse with a bar and restaurant. It also features tennis courts and a pool.

According to the Cullman Times, the property most recently was appraised at $4.7 million.

Bert McGriff and his late wife, Berta Mae Holmes McGriff, had four children: daughters Terri and Cherri, and sons Barry and Jeff. The family originally named the golf course after Terri, with the rest of the name being a nod to the property’s abundant pine trees.

In a statement to the Cullman Times, Barry McGriff, the son of the course’s founder, said his family felt like the City of Cullman could take Terri Pines “to another level.”

Bert McGriff passed away in the summer of 2020, but his adult children were on hand Monday for the city council’s announcement. Speaking on behalf of the family, Barry McGriff told the city council that his father had always valued Cullman’s quality-of-life and leadership. He expressed his family’s confidence in Terri Pines’s stewardship of the course.

Cullman’s parks and recreation department will take over Terri Pines later this month.