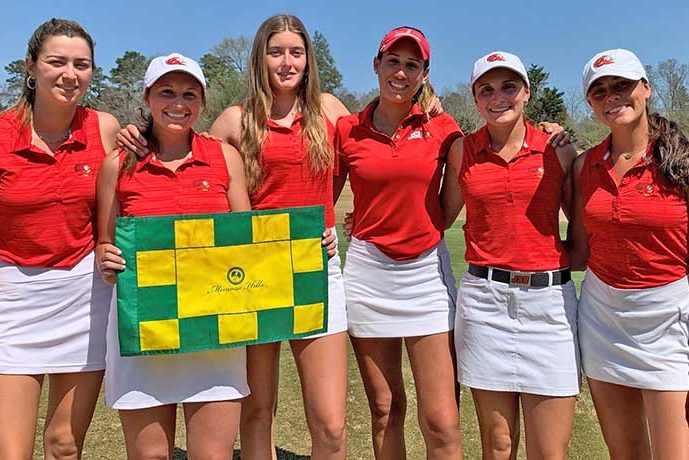 Vermette shot a final-round 75 to hold her lead, while the Gamecocks carded a 308 on Tuesday to pass host Appalachian State and win JSU’s final regular-season tournament of the 2021 season.

The win is JSU’s first since winning the Chris Banister Golf Classic on Sept. 25, 2018 and propels the Gamecocks into the Ohio Valley Conference Championship on April 18-20 at Hampton Cove in Huntsville.

Vermette, a sophomore from St. Petersburg, Florida, won the 36-player event with a 54-hole total of 226, two shots better than teammate Berta Sanchez and Elon University’s Adel Vadkerti, who tied for second with 228 over three rounds on the par-72, 6,170-yard Mimosa Hills Golf and Country Club in Morgantown, North Carolina.

Vermette used rounds of 74 and 77 on the first day of the two-day event on Monday to put herself in position heading into Tuesday’s final round. Her 75 held off the field and secured her first collegiate victory.

Junior Valentina Curet also finished in the Top 10 in the event, tying for eighth with a 54-hole score of 232.

The University of North Alabama turned in the second lowest round of the day at 281 on the third and final day to finish tied for fourth in a 14-team field at the Missouri Tiger Intercollegiate.

The Lions played a man short in the first two rounds as Jackson Wedgeworth did not play. He teed it up in the final round and led the team with a 68.