Biggins, McCarron to represent Alabama in US Adaptive Open 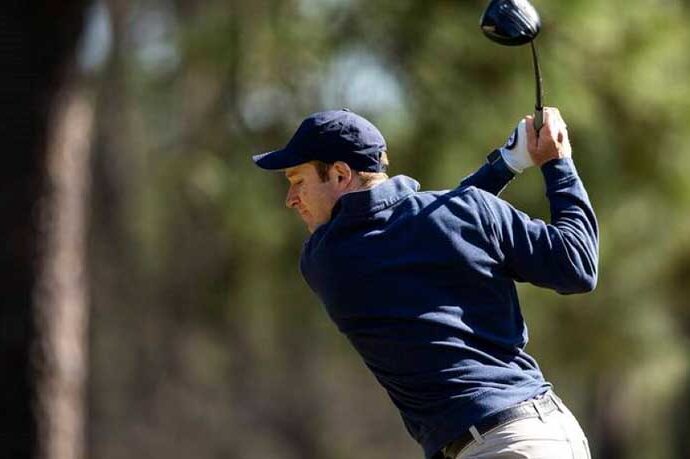 The USGA has set the full field for the inaugural US Adaptive Open – a new national championship that will showcase the world’s best golfers with disabilities on Pinehurst No. 6 July 18-20, and Alabama will be represented by two players in the field.

Birmingham’s Chris Biggins and Orange Beach’s Joseph McCarron were included in the field according to a USGA news release Wednesday.

Biggins, the director of player development at the Country Club of Birmingham, who was born with cerebral palsy, will compete in the neurological impairment category.

“Competing in an official USGA championship has been a dream of mine for years and now that dream will be coming to fruition,” Biggins told Julia Pine of the USGA. “This event will attract the best golfers from around the world to compete on an incredible course, Pinehurst No. 6. It is an honor to compete in this historic event and help pave the way for the growth of disabled golf.”

The 59-year-old McCarron will compete in the vision impairment division.

The USGA received 299 entries for the 2022 US Adaptive Open. Its 96-player field, and the field includes competitors from 29 states and 12 countries. The championship’s youngest competitor is 15-year-old Sophia Howard from Hudsonville, Michigan. Judith Brush, 80, of Alexandria, Virginia., is the championship’s oldest player.

“We are thrilled by the level of interest and support that we’ve received from the adaptive community for the inaugural US Adaptive Open ,” said John Bodenhamer, chief championships officer for the USGA. “To receive nearly 300 entries from around the world underscores the passion of these athletes who are seeking the opportunity to compete for a national championship.”

Multiple categories of disability in US Adaptive Open

A player’s individual Handicap Index was the primary factor in determining the field, with the USGA reserving at least five male player spots and two female player spots per impairment category.

Dennis Walters, 72, of Jupiter, Fla., who received the 2018 Bob Jones Award, the USGA’s highest honor, will join 11 other golfers who qualified in the seated player impairment category. Walters has turned the tragedy of being paralyzed from the waist down at age 24 from a golf-cart accident into a personal mission to teach golf and life lessons to a worldwide audience.

Amy Bockerstette, 23, of Phoenix, who has a close relationship with 2019 U.S. Open champion Gary Woodland, will compete in the intellectual impairment category. Bockerstette, a disabilities advocate, founded the I Got This Foundation to provide golf instruction, playing opportunities and organized events for people with Down syndrome and other intellectual disabilities.

The championship will be contested over 54 holes of stroke play. Multiple sets of tees will be utilized. Carts will be permitted for all players and caddies. The 96-player field is as follows:

Featured image courtesy of the USGA