Alabama’s Hero Golf Tour is about more than golf 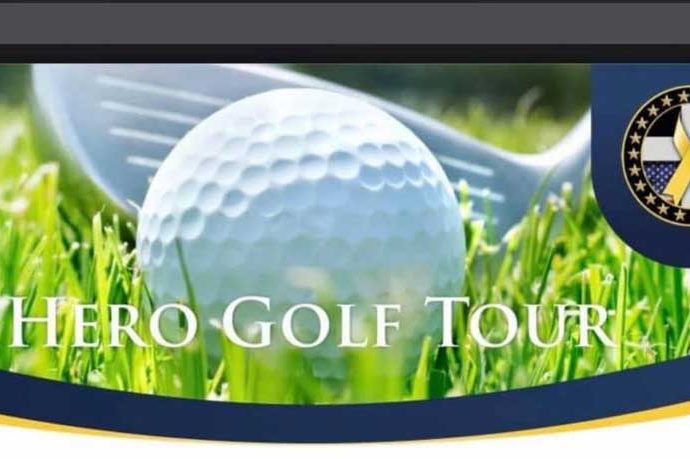 The tournaments are a place where veterans like Smith, who retired after 23 years in the U.S. Air Force, first responders and even civilians can bond over golf and share stories.

Best of all, veterans and first responders play for free on the tour, which is in its second year of operation in Alabama.

Smith has made numerous new friends while competing in the one-day events offered by the Hero Golf Tour.

It’s a program to where it’s almost like there is a no-judgment zone,” said Smith, who works at Redstone Arsenal in Huntsville, Alabama. “It doesn’t matter if you can play golf or not play golf. You come out and you are going to meet individuals from the same walk of life as you.”

“They served their country and are just everyday people,” he added. “It’s a place to go and have a good time and relax. You just are doing it on a golf course.”

Matt Gibson is in his first year running the Hero Golf Tour in Alabama. Since taking over about two months ago, he said stories like Smith’s are commonplace.

There’s more to the Hero Golf Tour than just golf, Gibson said. It’s about making sure veterans and first responders know there is a support system in place for them.

“We lose 22 veterans and first responders per day to suicide,” Gibson said. “Since 9/11, that is over 127,000 we have lost. The goal of our organization is to make that number go away.”

There are other initiatives for veterans involving golf. The PGA Hope program introduces veterans to the game. The Veterans Golf Association is a competitive league for veterans and their families with chapters across the country, including Alabama.

What is the Hero Golf Tour?

According to Gibson, it’s a series of one-day tournaments scattered from the northern tier of the state all the way to the Gulf Coast. Tour members accumulate points throughout the year in an effort to qualify for a regional event. From there, players advance to a national tournament.

The format of the one-day tournaments is two-man best-ball. Individual stroke play also featured. Individuals can sign up and Gibson will pair them with another player to form a team.

Tournament registration is done online at www.herogolftour.com/alabama. There is a $22 registration fee to secure a berth in each tournament. That fee is refunded to veterans and first responders at the tournament. Civilians can pay $22 a month to join the tour and play in any or all of the events. Civilians also are eligible to advance to the regional and national events.

Gibson, who said he will run 40 events across Alabama this year, calls the tour a bargain. Tournaments are held at high-quality courses throughout Alabama, including the Robert Trent Jones Golf Trail.

Gibson said the tour is just an avenue for participants to join their peers in a relaxed environment. There also are counseling services and mentorship programs available.

A lot are Vietnam-era veterans and they might have lost their spouse and they certainly have lost touch with their military community,” Gibson said. “They feel isolated and it got even worse during the pandemic.

The tour is supported by a variety of fundraising efforts. Some of it comes from weekend “Hero Games” at various courses on weekends where a group makes a donation and can win up to a $1,000 gift card from that golf course’s golf shop, depending on how many players hit the green.

The top fundraiser will be the inaugural PTSD Hero Golf Classic at the Robert Trent Jones Golf Trail’s Hampton Cove facility on Dec. 6.

Cost for the four-person scramble is $1,500 per team. That includes on-course signage. Also, brunch will be served before the tournament and a steak dinner is scheduled at the conclusion.

Among the prizes will be a Putt to win a trip to Hawaii; closest to the pin and long drive, hole-in-one for a trip to Pebble Beach. There also will be a silent auction.

Seeing an opportunity to help

Gibson said he has been involved in running charitable golf tournaments since 1991. He said when the opportunity to run the Hero Golf Tour chapter in Alabama arrived, he jumped at it. “It’s very heart-warming to be a part of such an organization that means so much to these people,” he said. “When the opportunity came to run this tour, it was just too good of an opportunity for me to pass up.

“I love the game of golf. Our organization is doing it for the right reason.”

Gibson said the tournaments are averaging between 26 and 30 players. He hopes that as word spreads, those numbers will  rise. Ideally, he’d like see those numbers double. With the tour only in its second year, he’s confident more golfers in all parts of Alabama will find their way to the Hero Golf Tour.

“What I love about my job is that when we have tournaments, once I get everybody checked in, I’ll grab my clubs and a cart and play a hole or two with some of these guys,” he said. “I love to hear their stories and they love sharing them.”

It also has given him a chance to reconnect with Smith, his longtime friend, now retired, with whom he grew up in the small town of Butler, Alabama.

“We hadn’t seen each other since high school,” Smith said. “We have been talking about old times growing up in a small town and just enjoying each other’s company.”

Smith said when he found out about the tour, he felt the need to support it.

So much is expected from a veteran, but not much is given back,” he said. “Anytime you have an organization that is willing to give back, I feel like I had to support it. You can’t say enough about the program.”