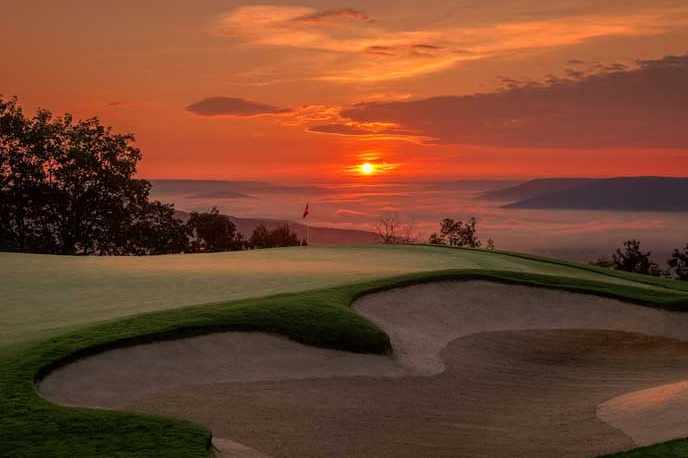 Eric Williamson kept his good play going at the Alabama-NW Florida PGA Professional Championship Wednesday and Thursday at The Ledges in Huntsville.

Williamson used a trio of late birdies in the second round to pull away for a second straight win at the Alabama-NW Florida PGA Professional Championship.

Williamson shot rounds of 67-66 to cap his wire-to-wire victory. His winning 133 total was 9-under-par at the par-71 Ledges course. He won by four shots over Steve Cutler and by five shots over Todd McCorkle.

The next three finishers have alternate status in the tournament. David Pilkington, of Pensacola Country Club, and Dominic Diaz, of the Robert Trent Jones Golf Trail at Ross Bridge, tied for fourth place at 139. Mountain Brook Club’s Jeff Jordan was sixth at 140.

Williamson grabbed the first-round lead with a 67, while Diaz was two shots back with a 69. Five other players shot 1-under 70 in the first round at the 6,797-yard layout that encompasses the highest point in Huntsville.

Cutler and McCorkle, who both shot 70 in the first round, put some pressure on Williamson in the second round. Cutler settled for a 67 in the final round, while McCorkle closed with a 68 to move into the top three.

Both Cutler and McCorkle made charges at Williamson. McCorkle birdied the first four holes on the back nine and added two more on the way in, but a double bogey at No. 16 scuttled his efforts.

Cutler made three straight birdies to open the back nine but parred the final six holes.

Williamson, though, turned away their charges with birdies on Nos. 15-17 to claim first place.

The 2021 PGA Professional Championship is set for April at the PGA Golf Club in Port St. Lucie, Fla.