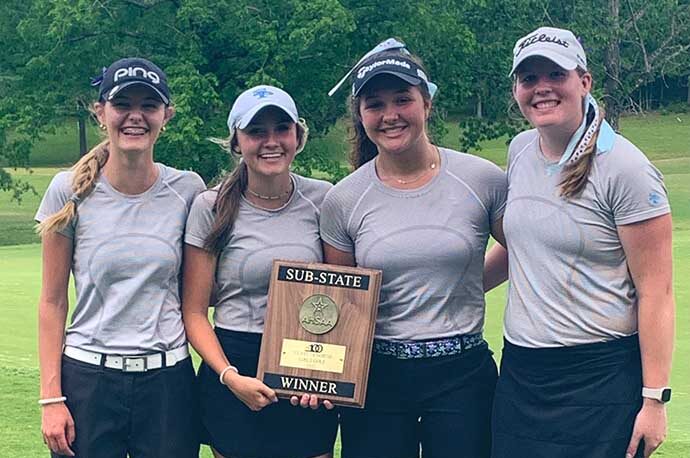 The four teams and several individuals competing for spots in next week’s Alabama High School Athletic Association’s Class 7A state tournament put on quite a show Tuesday at the Timberline Golf Course in Calera.

Just three shots separated all four teams, with Spain Park and Huntsville tying at 6-over par 219 to grab the two qualifying spots for next week’s state tournament in Huntsville. Hewitt-Trussville was third at 221 and Grissom High, led by Judith Grace Engel who shot 63, was fourth in the North sub-state tournament, at 222.

In all, 13 players broke 80 in the 18-hole qualifier for the Alabama state high school tournament and five shot par or better, a tribute to the depth of the Class 7A field.

Engel, who qualified for the state tournament as an individual, needed her low round to advance. Her 8-under 63 was just three shots ahead of Huntsville’s Gabriella NiCastro, who was second with a 5-under 66. Hewitt-Trussville’s Molly Davidson carded a 4-under 67. Her sister Gracie Davidson finished at 1-under 70.

Rounding out the Class 7A state tournament field from the South are Auburn and Mary Montgomery. Auburn finished eight strokes ahead of Mary Montgomery with at 233. The Vikings shot 241. Kylie Johnston took medalist honors with a 1-over 73 for Mary Montgomery, and Kate Ha of Auburn was second one shot back at 74.

In Class 6A, Hartselle’s Jinger Heath posted a 3-under 69 to spark the Tigers to the Class 6A North sub-State title with a 245 total. Homewood was second at 249.

Qualifying from the South in the sub-state round were UMS-Wright at 232 and Spanish Fort at 235. Frances Brown led UMS-Wright with a 72 and teammate Tori Waters shot 73.

The state tournament is May 9-10 at the Robert Trent Jones Hampton Cove courses in Huntsville.