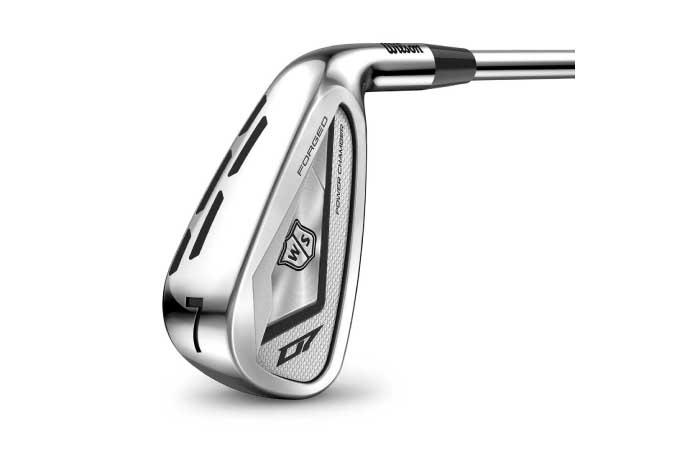 True fact – long before Callaway and Ping and TaylorMade were in the game, there was a brand of golf clubs called Wilson Staff, and it was iconic.

If you played golf in the 1960s and ’70s, at one time or another you probably hit Staff irons or used a Staff putter. Classic designs, superb results – Wilson Staff had it all.

Eventually, though, the brand’s exposure lessened in the United States. It all but disappeared from the stateside professional tours. That was then, however. This is now, and the brand is coming back better than ever, and with a Tour presence to boot.

Yep, that was Gary Woodland repping Wilson while winning the 2019 U.S. Open Championship at Pebble Beach. In addition to maintaining its lengthy relationship with two-time major champion Padraig Harrington, Wilson has added Kevin Streelman, Kevin Tway and Brendon Steele to its staff. Back in the day, Sam Snead played Wilson Staff irons.

More importantly, Wilson is committed to getting back in the game, so to speak, with a new collection of irons, wedges and balls that brand officials are confident can gain back an important market share.

Wilson Eastern Regional Sales Manager Billy Nestel recently spoke about the company’s push to get a better toehold in the highly competitive clubs and ball market.

“We haven’t gone anywhere,” Nestel said on a cold, rainy day at the Bobby Jones Golf Course in Atlanta where he was meeting with golf retailers and green-grass course operators. “We are still based in Chicago and we are 106 years old. We probably haven’t been in the consumer’s eye as relevant as we used to be. A lot of that has to do with the industry and changes within ownership of the company. The last seven to eight years when we joined the Amer Sports portfolio and made a commitment to relaunch the Staff brand, it’s been a fun ride.”

Wilson officials are touting their lines of irons featuring the Staff Model, FG Tour V6 and D7, in addition to the new D7 Forged irons.

Woodland and Steele have the Staff Model irons in their bags which are adapted from the classic Wilson Dyna-Powered irons.

Harrington and Streelman play FG Tour V6 irons that have a muscle-back feel.

The new line of D7 Forged combines the look and feel of a forged blade with game-improving distance.

The selling point for the D7 line is that players will increase their swing speed and carry distance.

Wilson is also touting its line of Duo golf balls, which testing indicates outperform the other top-selling brands. The three-piece Duo Professional is a 60-compression ball that is as long or longer than any of the other three-piece balls on the market. The Duo Soft+ is a two-piece ball that features VelocitiCor that helps enhance ball speed by an average of 2 mph and carry distance by 4.8 yards over Titleist’s ProV1 line in average testing done with a 7-iron.

The challenge, Nestel said, is to get Wilson products into the hands of the consumers that ultimately will lead to the success of the products. Doing that is easier said than done, but Wilson has a comprehensive plan to maximize its exposure.

“There is a fine mix there – you put together a tour staff, you put together a world class product, which those are there, then it becomes how do you get to the masses?” he said. “It becomes an almost grass-roots process. We need to be where people play. It would be great to be in every golf course in the country, but you have to pick and choose. We know that 80 percent of premium golf balls and 80 percent of premium hard goods – like irons, wedges and drivers – are sold at retailers. There is a heavy focus on retail.”

Getting Wilson Irons into Consumers’ Hands

Wilson is conducting a number of what it calls Insider Days where reps from local retailers and are courses like the one held recently in Atlanta, test the equipment and the balls to get a feel for the results the product can provide.

“If we are going to get it to the consumer, we have to go through the large retailers and getting their staff and employees to believe the product is good enough to get into the consumer’s hands,” Nestel said. “E-tail is more powerful than ever before and I don’t see that going anywhere anytime soon. You take it all into consideration and the gentlemen you saw in this room will have the biggest effect on it. When we do these events, we have already seen a 55 percent growth in these stores. We know they are impactful.”

Wilson territory manager Patrick Knutson, who is based in Atlanta and has Alabama and Georgia, in his portfolio knows his main job is to get the Wilson brand intothe hands of the consumer. Once he does that, Knutson is confident Wilson Staff’s quality will sell itself.

“It’s hard for us in terms of marketing dollars to compete with some of the other brands, but if we can get the club and the ball in the hands of the consumers, we perform well,” he said. “We are confident in our product and we think it can really be a game-changer. The most important thing anybody can do is see it, feel it, touch it. The more we can do that, the more we see somebody switch.”

“If they haven’t tried it in a while, go try it,” he said. “If they want to hit it farther, if they want to hit it straighter, I know those are cliché words in golf, but this is what we see every day. Get out to a retailer or their course and ask for it and try it. I’m not telling them to go buy it. If it’s not better than what they have, then get something else. But at least give it a try.”