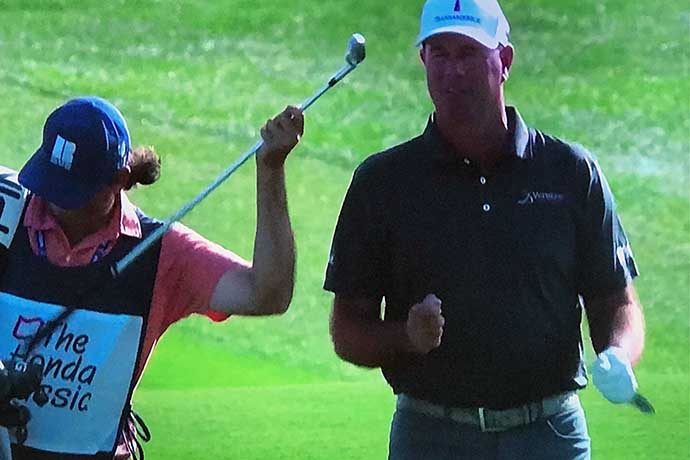 University of Alabama graduate Michael Thompson and Florence native Stewart Cink topped the list of finishers with ties to Alabama in the PGA Tour’s Honda Classic.

Cink, a Georgia Tech grad, was on the cusp of contention after shooting 64 in the second round but went 70-72 on the weekend as Matt Jones surged to the win.

Jason Dufner (Auburn) was the only other player with state ties to make the cut. He shot 72 in the final round and finished at 283 to earn $16,428.

Several players from the state made the cut on the Korn Ferry Tour.

Huntsville’s Janie Jackson (Alabama) returned to competitive golf after undergoing wrist surgery in December. Playing in the Symetra Tour’s season-opening Carlisle Arizona Women’s Golf Classic, Jackson, who also has LPGA Tour status, turned in rounds of 74-69-71-70 to finish at 4-under 284. That was good for a tie for 29th place. She earned $1,906.