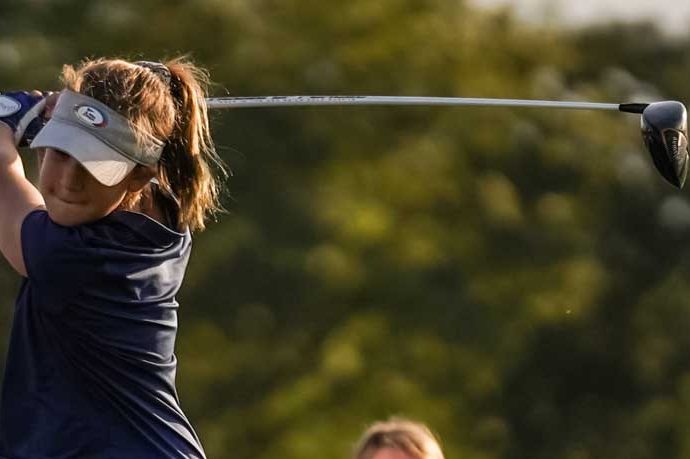 'Drive for show, putt for dough' is old news

So, you think you can hit bombs?

Of course, you do. There was that one time when you almost drove that short par 4 at your home club. Then there’s that day when you knocked it on a long par 5 in two.

And yeah, you used to watch those World Long Drive contests on the Golf Channel and thought, “I can hit it out there with those guys.”

Although none of that is probably true, now golfers of all ages and skill levels have the chance to prove to themselves and others just how far they can hit a golf ball.

The newly established Southern Alabama League is up and running and gives golfers the chance to sign up and compete in long-drive competitions. A subsidiary of Ultimate Long Drive, Inc., the league is open to anyone in Alabama and the Florida Panhandle. And with an Ultimate Long Drive Tour Card, you are eligible to compete in long drive events in any other league around the country.

Victor Millan, who moved from Philadelphia, operates the Southern Alabama League, which is in its first year of operation.

A former baseball player, Millan took up golf after college.

“I noticed I was consistently hitting them into the net at the end of the driving range,” he said. “I looked into long drive but nothing ever got taken too seriously because at the time I was just starting my family.”

Millan, who is 35, renewed his interest last year when he attended a few events in the Mid-Atlantic League. There already was a league operating in Florida, so when he moved to the South, Millan signed on to operate the Southern Alabama League.

Each league is divided into a variety of age divisions, beginning with junior ages all the way up to 70-over divisions.

Southern Alabama League lets players grip it and rip it

The player with the longest drive wins and accumulates points that increase throughout the season. Top points getters advance to regional events, with winners there ultimately advancing to the national championship. There also are national qualifying events.

In 2021, the national championship was held at Cog Hill in Chicago. This year it is heading to Bradenton, Florida.

Millan, who competes along with two daughters, is trying to build his roster of competitors for a league that has been in existence for about six months.

“We’re looking to get as much exposure as possible,” he said. “We’re hoping to get numbers up. We are really looking to recruit the younger generation of players and hitters because those are the guys you’ll be seeing on TV.”

Millan stresses that you don’t have to be able to hit 400-yard drives to compete in the league.

“A lot of people get overwhelmed and think they need to be able to hit the ball 400-plus yards to be able to compete,” he said. “That’s the upper echelon of the sport. The average person competing is in that 260-to-280-yard range.”

Millan also says a lot of first-time competitors overestimate exactly how far they hit their drives.

“We have a lot of guys who say they hit it 330 on the golf course and can drive the green on short par 4s,” he said. “We get them out there on that grid and they don’t always hit what they say.

“It’s a different atmosphere when you know all eyes are on you and you have about 50 yards from left to right to land that ball while swinging at it as hard as you can to get it go as far as you can,” he said.

The Dothan Driving Range and Golf Shop is the Southern Alabama League’s home base. Millan said Nick Powell’s facility is large enough to accommodate the size of the grid needed to contain the longest hitters and Powell has been easy to work with.

“Everything we have asked for they have helped us out with,” said Millan, who hopes to run two events per month.

The next three events are scheduled for Feb. 27, March 19 and April 9.

Jeff Gilder is the brains behind Ultimate Long Drive Inc., and has been the driving force behind bringing it to golf’s mainstream. Gilder, who owns a marketing firm, first became interested in long-drive competitions in 2013 when watched an event in New Jersey that featured wounded veterans and amputees competing.

In 2017, Gilder organized a televised event in Myrtle Beach that had divisions for able-bodied and disabled competitors. The finale matched the winner of the able-bodied division against the disabled champion. Gilder said the event proved wildly popular.

“I didn’t know what I was getting into,” Gilder admits. “It drew a lot of attention. We had to cut off registration because we were going to run out of space at where we were doing it. The next year we went around country and held exhibitions to see if there was any interest for amateurs to come out and play long drive. We found there was.”

In 2018 Gilder created the series that has now spun off into Ultimate Long Drive, Inc. There are leagues throughout the U.S. and around the world. He estimates there will be 250-plus events in more than 28 countries in 2022 after doing 150 events in 2021.

“I’m blown away at how it’s grown,” Gilder said. “I thought when we started it would be U.S.A. thing and we might have 20 or 25 leagues around country. We’ll pass that this season and I think we’re on our way to 30 or 40 leagues In the U.S. and getting the same type of thing going in other countries.”

Millan and Gilder each agree that the sport has been helped by the distance explosion in professional golf, particularly Bryson DeChambeau who competed in the professional division at a contest last year.

“The guys (on pro tours) who are hitting it the furthest are making the most money,” Gilder said. “That old saying “drive for show, putt for dough” is old news.

Yes, golf has evolved into a power game and players at all levels are chasing distance. Now, with leagues like the Southern Alabama League, all players can go out compete to see who really can launch a golf ball the farthest.

For more information about the Southern Alabama League and Ultimate Long Drive, go to www.ultimatelongdrive.com.