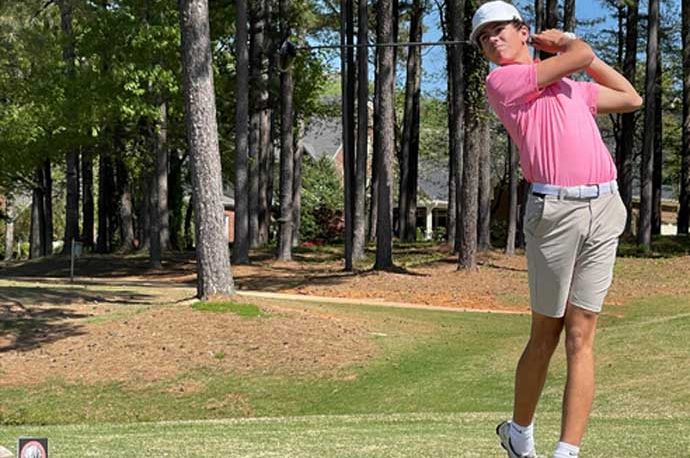 Jackson Mitchell won the 2021 edition of the Huntsville Junior Classic a stop on the Southeast Junior Golf Tour, by one shot over Canon Clark last weekend.

Mitchell, of Athens, Alabama, graduates in 2023. Clark, of Lafayette, Louisiana, graduates in 2022. Three others – Luke Sienkewicz of Memphis, Cooper Tendrick of Kennesaw, Georgia, and Ward Harris of Vestavia Hills, Alabama – tied for third in the boys 14-19 age group with even-par 144s. The two-day event was held April 10-11 at Huntsville Country Club.

At the Hampton Cove Junior Classic held simultaneously at the Highlands at Hampton Cove in Owens Cross Roads, Alabama, Peyton Purvis of Paducah, Kentucky, competing in the boys 14-19 age group, was the overall winner. He posted a 2-under 142 over two days.

Purvis, who graduates in 2023, finished four strokes ahead of second-place finisher Teagan Miller of Hunstville. Miller is scheduled to graduate this year.

In the girls’ division, Gabriella Nicastro of Huntsville, who graduates in 2023, won the girls’ 12-19 age group with a two-day score of 155, defeating Camryn Coffield of Hamilton, Georgia, and Taylor Trible of Birmingham in a playoff.

In the boys’ 12-13 age group, Tyler Watts of Huntsville, who graduates in 2026, won with a score of 1-over to best Mason Howell of Tallahassee, Florida, and John Lunsford of Cullman, Alabama, who tied for second for third three shots back.

The Southeast Junior Golf Tour stops in Valdosta, Georgia May 8-9. That’s followed by an event at Montgomery Country Club in Montgomery, Alabama, May 26-27.

The Southeastern Junior Golf Tour, founded in 1994, gives junior golfers a chance to play competitive golf while building their resume for a potential collegiate golf career. In 2020 the SJGT will celebrate its 26th season, with approximately 35-40 events and a projected membership of more than 1,000 junior golfers.

For complete results for the Huntsville Junior Classic click here.