Renovations at The Refuge in Jackson, Mississippi 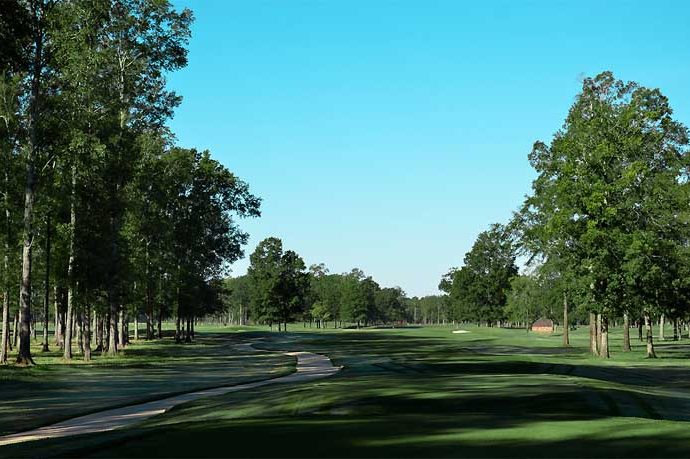 While Mississippi has a wide array of outstanding public and semi-private golf course offerings, the capital city of Jackson is rarely mentioned as a leading golf destination for the state, despite having The Refuge, a first-rate muni.

Many of the state’s best public options are either located south toward the coast or to the north in outposts such as West Point or Philadelphia.

Local and state officials hope Jackson’s public golf image is changing for the better with the recent re-opening of The Refuge  and the grand opening of its accompanying Sheraton Flowood The Refuge Hotel and Conference Center.

The two entities go hand in hand, although The Refuge golf course is akin to “everything old is new again” while the 196-room Sheraton is brand new.

Both have been open since late spring. The 18-hole golf course is owned by the City of Flowood, a suburb of Jackson. It is operated by Troon Golf, with Blake Hatfield serving as head golf professional and clubhouse manager.

The Refuge golf course first opened in 1998. It was designed by Roy Case and at the time was considered one of the top public facilities in Mississippi. It was carved out of 200 acres of wetlands.

Case’s original routing was out-and-back and featured tight, tree-lined fairways. Course critiques were mostly from a playability aspect. As one local golfer recently waited for a brief thunderstorm to subside, he said the newly renovated course resembles the old layout, but it’s much more playable now.

“Before, if you hit it off the fairway you couldn’t find your ball,” he said. “You didn’t want to go look for it, either, because of the tall grass and the snakes.”

Nathan Crace of Watermark Golf was assigned the task of renovating The Refuge, and to that end he did yeoman’s work, clearing trees and brush along the edges of the fairways. It opened up the course so that tee shots look inviting and there’s more room along the edges so golfers don’t have to dread looking for errant shots.

“Everybody says the same thing – the conditioning is amazing,” Hatfield said during a recent round. “I always like hearing from people who played the course before because their input is invaluable to us as far as what the changes have been and to really make sure what we are doing is on the right track.”

Crace created three new holes, including No. 18, and rerouted several more. Tifeagle Bermuda grass was installed on the greens, and the bunkers and irrigation system were improved.

The new version of The Refuge plays to 7,013 yards from the tips and 6,327 yards from the II tees. Three other sets of tees give players the option of playing it from 4,439 yards to 5,698 yards, so it’s easy to find the best distance for players to maximize the fun factor without torturing themselves.

The Refuge is mostly flat with a modest number of bunkers and some water. Now that the front nine returns to the clubhouse it is easy to walk nine holes.

Unless you’re playing the tips, The Refuge features a nice mix of short and longish par 4s. Yardages on the pars 3s range from 107 yards to 168 yards from the III tees. The staggered yardages ensures that players will get to hit a variety of irons throughout the round.

The ninth hole used to be No. 18 and is a memorable par 5 that offers a spectacular view of the new hotel.

A unique aspect of the course is its aqua practice range. Every shot longer than a wedge is hit into a large pond with fountains offering measured targets.

“It’s one of the things we kept prior to the renovations,” Hatfield said.

“We didn’t just want to stick a lake out there and leave it the way it was. Before, there were a couple of little grass islands that were taken out. We added lighted fountains, added lighting behind the practice tee. poured new concrete and installed new mats. It’s a pretty cool feature that you don’t see a lot.”

Since its May reopening, The Refuge has been a hit

Eventually, golfers will be able to practice at night.

Hatfield said The Refuge has been going strong since it opened in May.

“Everybody has absolutely loved the golf course,” he said. “That has been quite a blessing. The first six months have exceeded my expectations. When you open a new facility, you are almost waiting for something to go wrong. In six months in that hasn’t happened.

Partnering with a $50 million hotel

Mississippi director of tourism Craig Ray hopes The Refuge makes Jackson a destination and a jumping off point for golf in the state.

“To have a public golf course attached to a $50 million hotel project with restaurants this close to the airport truly allows us to be a destination,” Ray said. “Whether you are flying in or driving in, you can play here and not even an hour up the road you can be at Dancing Rabbit (Philadelphia) or about an hour and 45 minutes you can be at Old Waverly and Mossy Oak (West Point).

“From a golf trail package, you could almost start here and have those two other resorts in play.”

Ray is an avid golfer and is happy The Refuge has reopened and is providing another public golf option for the area.

“It’s an old golf course, but really it is a new golf course,” he said. “It’s been redesigned and is much more player friendly. To have this, if we are recruiting golfers to Mississippi, it’s exciting.

“I think it will have a huge impact on the state golf product as we are looking at golf packages and attracting new golfers to a new course to promote with a friendly place to stay.”