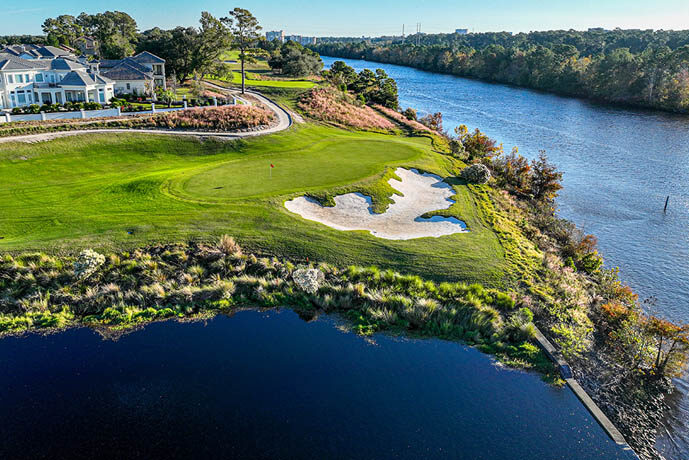 MYRTLE BEACH, S.C. – There have been quite a few renovation projects completed at golf courses along the Grand Strand of Myrtle Beach, which has seen record levels of play.

The Resort Course at Grande Dunes installed new greens, overhauled every bunker on the property, and completely remodeled its clubhouse.

Prestwick rebuilt the bulkhead on several of its most significant holes and added a waste bunker along the left side of No. 16. River Hills also underwent a greens renovation project in 2022 and is overhauling its bunkers in the first quarter of 2023.

New off the course:

With the opening of Grand Strand Brewery and the growing popularity of Crooked Hammock Brewery at Barefoot Resort, Myrtle Beach has cemented its reputation as a haven for craft beer lovers.

New restaurants include 1229 Shine, The Hangout at Broadway at the Beach and Clearwater Oyster Bar & Grill.

Meanwhile, course raters have taken special notice of two of Myrtle Beach’s finest. Caledonia Golf & Fish Club and True Blue Golf Club, two of the most decorated courses in all of golf-rich South Carolina, have opened 2023 won another national honor.

The Mike Strantz designs earned a spot among “Golfweek’s Best 2023: Top 200 resort courses in the U.S.,” the magazine’s annual ranking of the nation’s premier destination layouts. Caledonia was ranked No. 49 and True Blue was No. 85.

Strantz’ first solo design, Caledonia helped put the man who came to be known as “The Maverick” on the road to golf course architecture stardom. Carved from a stunning piece of Low Country land, the course winds through centuries-old live oak trees draped in Spanish moss. It has been one of Myrtle Beach’s best since it opened in 1994.

With those historic oak trees framing many holes, Caledonia is a shotmaker’s course, rewarding an intelligent brand of golf. The layout’s creativity and beauty reaches a crescendo on the unforgettable, par 4 18th hole, which demands a carry over water to a green that resides in the shadow of the course’s acclaimed clubhouse.

True Blue is a much more muscular design, featuring some of the area’s widest fairways, massive greens and expansive waste bunkers. The breadth of the layout provides ample latitude, especially with the driver in hand, but playing to the proper spots off the tee and on the approach is vital to success.

Strantz earned his reputation as a maverick because of a willingness to buck conventional wisdom. That trait is on full display at True Blue, which is home to five par 5s, five par 3s, and a hole that features two greens. That diversity and the ability to control the nature of the challenge via how the course is set up are at the heart of True Blue’s considerable appeal.

Myrtle Beach is home to nearly 90 golf courses and attracts players from across the nation to play layouts like the famed Dunes Golf & Beach Club, TPC Myrtle Beach, Tidewater Golf Club and the quartet of courses at Barefoot Resort, all of which have been ranked among America’s top 100 public courses.