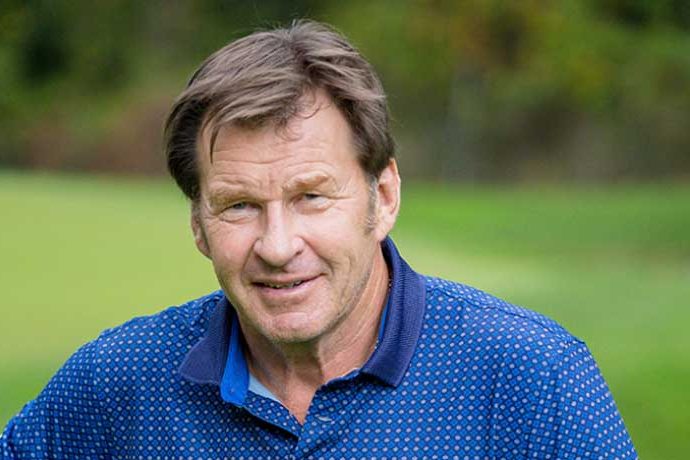 If you like Nick Faldo, get ready for more of him starting ext week.

The first, “Days & Knights with Sir Nick,” is a 30-minute, multi-episode series. It chronicles Nick Faldo as he travels the world.

The series is highlighted by conversations, golf instruction, cooking segments starring Faldo as he pals around with the likes of Richard Branson, Clint Eastwood, Bill Murray and Kelly Slater.

Click here for a sneak peek of the show.

The 10-episode season of “Faldo Formula” features lessons, swing tips, course management secrets and mental exercises that Faldo perfected over the years. He’ll get assists from coaches Kjell Enhager, Garth Milne and Dr. Craig Farnsworth. He’ll also try out and review some of the latest equipment in golf.

Faldo, winner of three Masters and three Open Championship titles and more than 40 tournaments worldwide, took over as CBS Sports’ lead golf analyst at the beginning of the 2007 golf season.

In 1990, he became the first international player to win the PGA of America’s “Player of the Year” Award, and in 1997 he was inducted into the World Golf Hall of Fame. Faldo was honored with a knighthood in 2009, becoming only the second professional golfer to Sir Henry Cotton to receive the honor.