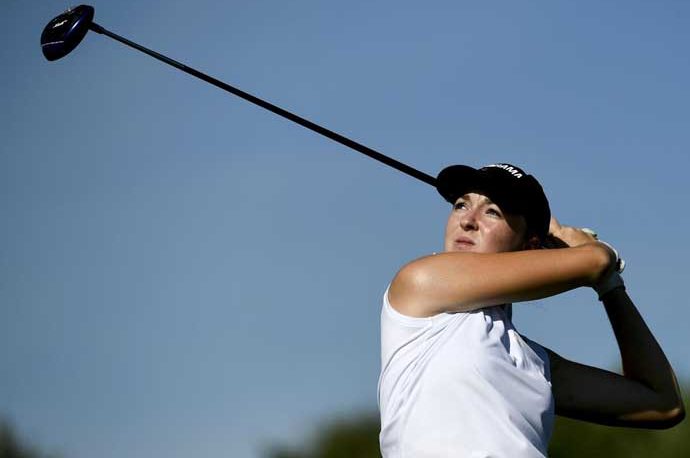 Two with Alabama ties earn Player of the Week honors

Alabama’s Polly Mack, a senior from Berlin, Germany, was named SEC Women’s Player of the Week after winning the first college tournament of her career.

Vanderbilt’s Gordon Sargent, a freshman from Birmingham, was the conference’s Freshman of the Week.

Mack led wire-to-wire at the Liz Murphey Collegiate Classic, recording a 3-under-par 213 on scores of 70-74-69. She was the only player in the field to turn in an under-par tournament total, winning the individual title by four shots, in an individual field that included seven of the nation’s top-15 women’s collegiate golfers.

Mack saved her best for the final round, firing a 3-under-par 69 to record the lowest round of the tournament. Her win came in the team’s final regular-season event and she also capped the regular season as the only Crimson Tide player to contribute all 23 rounds to the team total in 2021-22.

Mack won the individual title while competing in a field that included seven of the nation’s top 15 individual players, including No. 2 Amari Avery of USC, No. 3 Rachel Kuehn of Wake Forest, No. 7 Sara Kouskova of Texas, No. 9 Hannah Darling of South Carolina, No. 13 Benedetta Moresco of Alabama and No. 15 Carol Lopez-Chacarra of Wake Forest.

Mack said she is not used to be playing as a tournament leader.

“Going into the second and third round leading the tournament kind of made it harder for me because I’d rather chase than lead before the final round, but I’m glad it turned out the way it did,” she said. “Knowing that I had a good chance of winning after the second round, I tried to stay in the present and not predict the future nor look back on what happened so far.”

Sargent had an impressive two-tournament stretch for the Commodores, tying for fourth place at Linger Longer Invitational and finishing seventh at the Cabo Collegiate.

Sargent shot 7-under 209 at the Linger Longer and was 10-under at the Cabo Collegiate in which he opened with a 66.

Sargent is the reigning Alabama Golf Association Player of the Year and has won the Alabama Men’s State Amateur in back-to-back years.