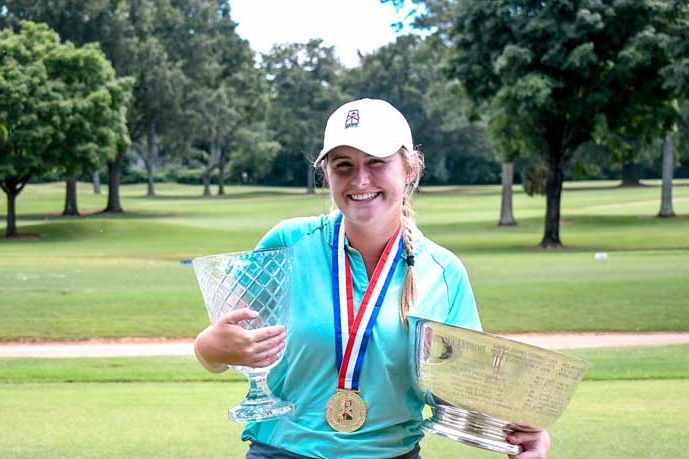 The tournament was played at Huntsville Country Club.

It was Baker’s first state title, and she did it with a 2&1 victory over Preus, who was the No. 6 seed in the match play portion of the tournament.

Julie Baker, of Hoover, was the No. 1 seed after shooting 70 in the qualifying round. She went on to defeat to beat Anna Claire Little, Lauren Thompson and Allison Howard to advance to the championship match.

Preus shot 72 in the qualifying round and then beat Linda Jeffrey, Ally Williams and Michaela Williams to reach the championship match.

Baker was 1 down early in the match before taking the lead on the back nine.

“It was neck and neck all day,” Baker told the Alabama Golf Association. “I knew that if I stayed consistent, hitting fairways and greens, it would help me win.”

Susan West of Tuscaloosa raced Donna Lowen of Huntsville toward the finish line of the 2nd Alabama Women’s State Senior Match Play Championship. Breaking a tie with Lowen, West took the lead in the match with a par on No. 12. Her birdie on No. 17 secured her victory, 3 & 1.