Jim Hartsell: a links golf lover’s advice for your first trip to Scotland 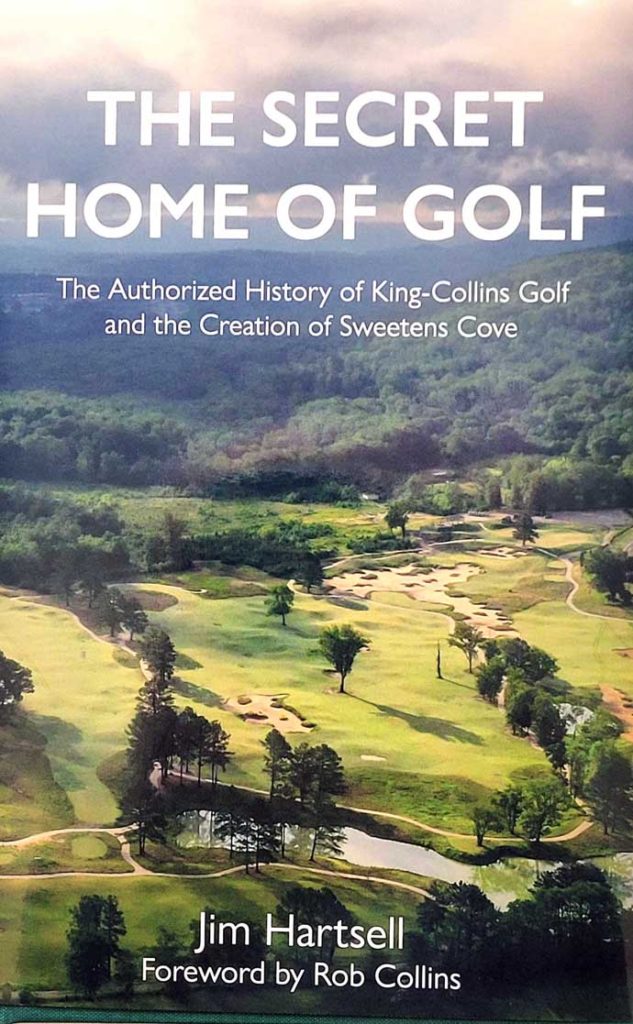 Golf writing and Scottish links golf are his passions and he has written extensively on golf in Scotland for The Links Diary, The Golfers Journal and NoLayingUp.com.

His first book, “The Secret Home of Golf,” was released in September by Back Nine Press. It details the creation of Sweetens Cove, a nine-hole course in South Pittsburg, Tennessee, that has achieved somewhat of a legendary reputation and put the design team of Kings-Collins Golf on the map.

Alabama Golf News caught up with Hartsell recently to talk about his love of Scottish golf and his affinity for Sweetens Cove.

AGN: How did you get involved in writing about golf?

Hartsell: I’ve just always loved classic golf writing like Bernard Darwin, Herbert Warren Wind and Michael Bamberger. I started writing on my own blog several years ago. I got a lot of encouraging comments from people so I started sending stories to various publications. Eventually I found some people that were interested in my writing.

AGN: Tell us about your love of Scottish golf. When did it start, how did it evolve and is it solely Scotland, or have do you have the same affinity for golf in Ireland?

Hartsell: It started when I was probably 9 or 10 years old. I would watch The Open Championship with my dad every year. It was his favorite tournament and it became mine. I remember watching the last two days at Turnberry in 1977 on ABC and I was just fascinated by the golf course. It grew from there.

AGN: What is it about golf in Scotland that sets it apart from American golf?

AGN: Your love of Scottish golf might only be surpassed by your love of Sweetens Cove. You even wrote a book about it. How did that book come about and how easy or hard was it to put down the Sweetens Cove story on paper?

Hartsell: I heard a speech that Rob Collins, the course architect, gave at the end of an event at Sweetens in October 2018.  He was so emotional that I just felt like there was a story to be told.  Rob had become a good friend so I called him and asked if I could write the book. The story of Sweetens Cove was not hard to tell.  The process of writing the book and interviewing so many different people was a challenge.

AGN: Do you feel like with the legend that now is Sweetens Cove and with more and more people finding out about it, that the course has lost any of its pre-popularity charm?

Hartsell: It’s different, but I don’t think it’s lost anything. Rob and Matt Adamski, the GM, have tried hard to maintain what is special about the place. The popularity has been a welcome challenge, but one that has been handled well.

AGN: Are there any courses in Alabama that remotely remind you of links golf or Sweetens Cove?

Hartsell: The closest thing would be Isle Dauphine GC on the Gulf of Mexico that I wrote about in The Golfer Journal, Vol 16. It could be one of the greatest courses in the U.S. and the closest thing to a links in the Southeast, if it was restored or reworked. It has the potential to be incredible but it’s slipping away.  Kiva Dunes GC in Fort Morgan is a fun course.  It can play hard and fast because it’s all built on sand, but it’s not a links by any means.

AGN: You recently spent about a month in Scotland. What were the highlights and did you discover any new courses over there at caught your attention?

Hartsell: There are so many. The new courses for me that were the most pleasant surprises of the trip were Traigh, Gairloch, Isle of Skye, Corrie and Isle of Colonsay. I played about 30 different courses. There are so many highlights. I got to play my favorite course, Dunaverty GC, several times. Playing Panmure GC and North Berwick GC with local members was also a highlight – and just playing and spending so much time with my friend Robbie Wilson who is a member at Machrihanish. We played in an open competition at Machrihanish together.

AGN: What is your advice for a person planning a trip to Scotland for the first time to play? Should they stick to the great courses that everyone has heard about, or should they try to find some lesser-known but perhaps better value courses?

Hartsell: For the first trip, I think people have to play The Old Course, Carnoustie, Prestwick and maybe try to work in Muirfield or North Berwick. I would recommend adding one or two lesser-known places like Panmure, Shiskine, Dunaverty and Machrihanish.

Or you could go up north and play Royal Dornoch, Brora, Golspie, Cruden Bay and end at St. Andrews.  I always recommend playing places like Brora and Golspie, in addition to the more famous courses. I was fortunate to play all the well-known courses when I was younger so I have the luxury of going to the lesser known courses that I love. I think you get a truer experience of Scottish golf at those places.

AGN: What are your top five Scottish courses?

AGN: What are your top five that you have played in the U.S.?

PrevPrevious ArticleHoliday golf gifts for yourself or the golfer in your life
Next ArticleTiger’s newest venture: PopStroke, where beer and mini-golf meetNext