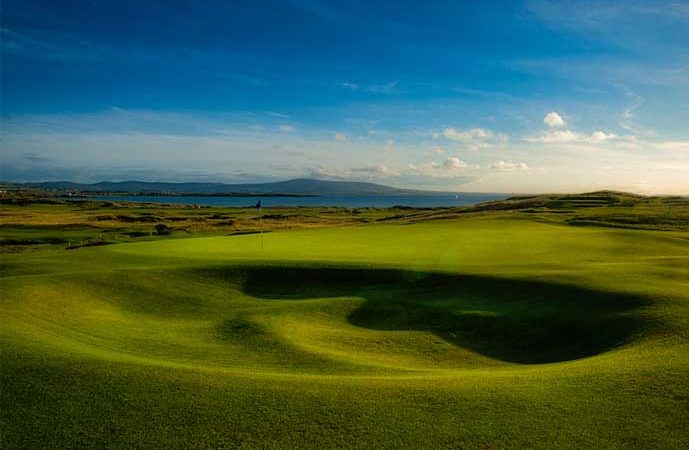 Fans of great golf architecture are in for a treat as  “Golf’s Greatest Holes,” a new video series hosted by Irishman Paul McGinley debuts on NBC’s Golf Pass, features the best golf holes in Ireland.

“Golf’s Greatest Holes” features some of the greatest holes in McGinley’s native Ireland and in nearby Northern Ireland.

The first episode showcased holes at Royal County Down, Royal Portrush, Adare Manor and Lahinch, plus County Sligo at Rosses Point and the Carne Golf Links.

Thanks to exclusive access to courses that were closed during the pandemic lockdown, McGinley and Collins were able to capture stunning footage of spectacular Irish golf holes on courses that have hosted major championships and Ryder Cup matches.

The courses were captured from every angle using drones and 4K cameras.

All six episodes of the show will be available to view on demand. They have been released in the UK and across Europe and Africa. The show is set to be screened by more than 30 broadcasters around the world and reach an estimated billion households in 189 countries over the next four years. New destinations planned for future seasons include Australia, the Caribbean, the U.S. and Continental Europe.

Viewers can suggest the holes they would like to see featured in future seasons of “Golf’s Greatest Holes.”

“We had so much fun making the series, and while we managed to play at some of the most famous courses in the world, we were also lucky enough to visit some truly memorable golf holes slightly off the beaten track, that any American golfer should be sure to include on a future golf tour,” McGinley said.

Tourism Ireland supported the project. “Our message is that Ireland is open for business again and we cannot wait to welcome back our American golf visitors,” said Niall Gibbons, CEO of Tourism Ireland.