For Alabama Golf Association, 2020 was ‘a Roller Coaster’ 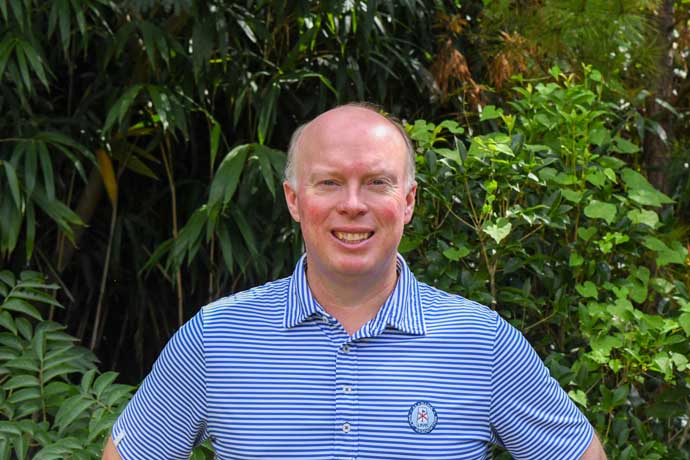 Andy Priest isn’t sure what’s in store for 2021, but the head of the Alabama Golf Association is confident his staff can now handle just about anything after navigating the trials and tribulations of 2020.

“I’m amazed that we were able to pull it off,” Priest, the Alabama Golf Association’s executive director, said of the challenges the AGA faced in a year in which a global pandemic brought a new normal to playing golf.

“I would just say that golf has been fortunate as an industry to come out ahead and better than a lot of other businesses this year,” he said.

Despite constantly changing state and industry guidelines due to COVID-19, once it got its tournaments up and running, the Alabama Golf Association managed to make it through the year with minimal disruption to its schedule. The AGA canceled two tournaments and shifted a few events around to accommodate the rest of the schedule.

Not only did the pandemic cause some upheaval, late in the year Hurricane Sally caused mayhem along the Gulf Coast, forcing other adjustments. Still, Priest and his small staff were relieved to make it through the year.

Unknowingly Exposed to Covid-19 in February

Priest said the first exposure he had to the pandemic was in February before it really took hold across the country. He and his staff were at the Southern Golf Association hall of fame induction in Charleston, South Carolina, and upon returning home most of the staff fell ill.

“When I got home, I was in bed for two days,” Priest said. “One of our other staff members ended up going to the hospital and two of our other staff members that went felt mild symptoms. We thought it was a bug going around. A month later the world shuts down, and we started looking at each other wondering if that was what went through our group. A flu bug doesn’t do that. We don’t know, but it had to have been. That’s the only thing that makes sense at this time.”

As the staff emerged from the sickness, the state shut down as the coronavirus spread rampantly. The AGA closed its office for seven weeks, and when it reopened, it was uncertain how or if it would be able conduct its tournament schedule.

Priest and officials from the Northwest Florida/Alabama Section of the PGA of America and the Association of Golf Superintendents reached out to the governor’s office to begin conversations about how to get golf up and running.

“Nobody really knew what we could do,” Priest said. “We were successful in getting the golf doors back open and playing, albeit in limited capacity as far as walking only for a while, then single-rider carts and all the protocols clubs had to put in place just to be able to generate revenue.”

Getting Most of the Tournaments Played

Once courses began to reopen in Alabama, Priest and his staff had to come up with a plan for its tournament schedule. The AGA oversees the SEC Men’s Golf Championship and the Alabama high school championships, but both of those events were canceled.

“We had to keep pushing the bar back,” Priest said. “We decided to start out ultra conservative. Our first big event if we had kept to the original calendar would have been the Men’s State Amateur. It was not a good idea to come out of the gate post-hibernation and quarantine and all of that with a big men’s championship. We made the decision to push that back until late July.”

Instead, the Alabama Golf Association opened its tournament season with the Alabama Girls Amateur. With a small field and walking only, it seemed to be the perfect event to test the waters. The success of that event allowed the AGA to move forward with the remainder of its tournament schedule.

“It allowed us to keep reevaluating what we could and couldn’t do,” Priest said. “As the summer went along, we were able to gather more information and be able to adjust on the fly. That’s what we had to do.”

On top of the pandemic, Hurricane Sally battered Gulf Shores and submerged Kiva Dunes, forcing the AGA to cancel the Alabama State Mixed Team Championship and move the State Senior Four-Ball event to Timberline in Calera.

“We were very fortunate we were able to pull off almost all of our entire schedule,” Priest said.

With AGA and Section, ‘Youth on Course’ Launches in Alabama

Being able to play the majority of the tournament schedule wasn’t the only good news for the Alabama Golf Association in 2020.

Additionally, the organization, in partnership with the Northwest Florida/Alabama section launched the popular Youth on Course initiative in which junior golfers can play select golf courses for $5. Although it had been in the works for some time, Priest said the time was right to launch the program.

“We had it in the queue to be launched pre-Covid anyway,” he said. “We were already lined up ready to do it; it was just a matter of when. We still had a few details to iron out before we launched the program. Having the Robert Trent Jones Golf Trail 150 percent behind it is what helped get it off the ground.

The timing of golf still being open and kids being home looking for things to do, and golf being one of the only things you could get out and do safely, the timing actually worked out for us.”

Priest said the only downside was a lack of promotion among the high schools because in the spring sports were shut down throughout the state.

“We missed the window of opportunity to promote it to high school players that we’ll capture next year,” he said. “It’s off the ground and off and running. We have all the RTJ Trail facilities and a handful of others sprinkled throughout the state that are supplementing them. No matter where junior golfers live in Alabama, there is a facility within a reasonable distance that they can go play golf for $5.”

Priest said the Alabama Golf Association couldn’t have made it through 2020 without the cooperation and commitment of its member courses and the volunteers who worked tirelessly to ensure there would be a tournament season.

“Our organization is driven by volunteers,” he said. “We’re fortunate that they believe in us and what we our doing and what our goals are heading into the future.”

In 2021, some new events are likely to be added to the AGA’s schedule. Like nearly everybody, Priest is happy to put 2020 in the rear-view mirror and eager to see what the new year will bring. He remains cautious, though.

“We don’t need to let our guard down,” he said. “We still have a bumpy road ahead of us for the next several months. I don’t see things changing until maybe next summer once a vaccine is in place. We will get through it together, though.”