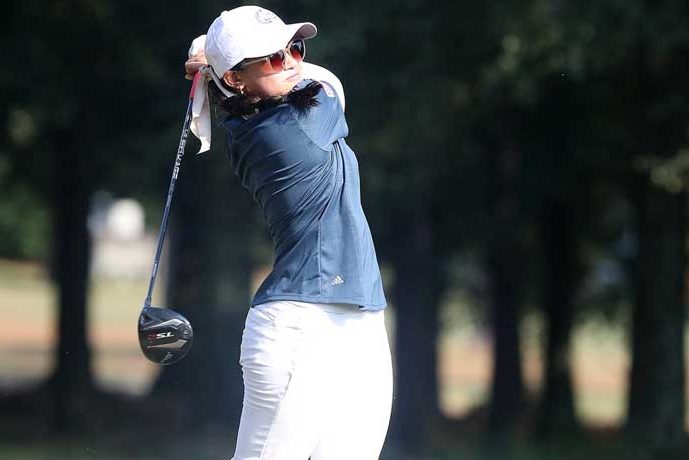 The University of Alabama’s Canon Claycomb won a college tournament for the first time earlier this week, shooting a career-low 14-under par 202 to win the Watersound Invitational at the Shark’s Tooth Golf Course.

Claycomb’s win sparked the Crimson Tide to a second-place finish at 10-under 854. Claycomb shot 67-66-69, the first time he has broken 70 in three consecutive rounds.

“It feels amazing,” Claycomb said. “This has been a hurdle I’ve been trying to get over [winning his first collegiate tournament]. I’ve had some good events but haven’t won at the college level, so this feels great. It was awesome.”

Alabama’s runner-up finish was its best result of the season.

“This was a big step for this team from a confidence point of view,” Alabama coach Jay Seawell said. All in all, I am very excited for our program.”

Claycomb led the event from wire-to-wire, posting three straight rounds in the 60s to finish eight strokes ahead of Georgia Tech’s Ross Steelman (210). Sophomore JP Cave also had a solid event as he tied for 23rd overall with a 1-over par 217 (79-69-69).

The ninth-ranked University of Alabama women’s golf team rallied from a sub-standard first round to finish in fourth place at the Moon Golf Invitational at Suntree Country Club in Melbourne, Florida.

The Crimson Tide made up 18 strokes from its first round to its final round to climb six spots up the leaderboard and finish in fourth place with a 2-under-par 862 tournament total.

Polly Mack posted a 3-under-par 69 in the final round to finish at 212 and in eighth place. It was the third time she has finished in the top 10 this season. Angelica Moresco tied for 10th place at 2-under 214.

Led by a pair of freshmen in the top five individually, Troy won the team title at The Savannah Intercollegiate at the Crosswinds Golf Club in Savannah, Georgia.

It was Troy’s first team victory since the Trojans won the stroke play portion of the 2017 Sun Belt Conference Championship. Troy finished 54 holes with an 858 total. Southern Illinois finished second, two shots back.

“I thought our guys played their hearts out and really stuck to our game plan,” first-year coach Forrest Schultz said. “Everybody contributed in some way to get this win, and that’s what makes it special. I told them on day one that we’d have an opportunity to win if they did things the right way, and I’m super proud of them and the guys back home because everybody is pushing each other, and it’s not just five guys.”

Brantley Scott led the Trojans, finishing at 10-under 206 to record a second-place finish in the individual standings. Jake Springer turned in a career-best effort with a 3-under 213 to finish tied for fourth.

The South Alabama’s women’s golf team won its first tournament in nearly a year when it captured the Tchefuncta Invitational at Tchefuncta Country Club in Covington, Louisiana, Feb.  21-22.

The Jaguars finished with a three-round total of 883, with Siti Shaari (73-72-70) leading the way. Siti Shaari earned medalist honors with a 3-over par total of 216. The Jaguars posted a 13-shot victory over Southern Mississippi.

Shaari outlasted Little Rock’s Katja Mueller in a six-hole playoff for the tournament title. Teammate Malia Uyeshiro tied for third at 220, while Cassidy Lambert tied for fifth at 222.

“It was great the way we won it,” South Alabama coach Matt Luther said. “Two freshmen finished in the top five, which is awesome, and did it just playing solid.”