A brisk walking pace adds years to your life 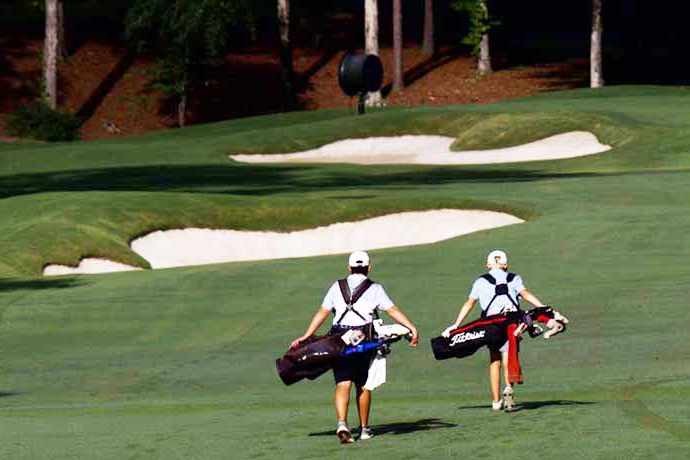 Do you want to speed up the pace of play and add years to your life? Well, researchers at the University of Leicester in Great Britain have found that a brisk waking pace allows golfers to do just that.

In a study of over 400,000 adult U.K. participants, researchers found that “…as little as 10 minutes of brisk walking a day is associated with longer life expectancy, and that brisk walkers have up to 20 years’ greater life expectancy compared to slow walkers.”

Rick Oldach, U.S. CEO of European push cart market leader BIG MAX, spearheaded the brand’s global Walk, Play Golf campaign. With the publication of this research Oldach said he was excited to see evidence of the campaign’s aims, plus the additional benefit to pace of play. Big Max is Europe’s leading push-cart maker.

“There’s a growing bank of evidence showing that playing golf, and particularly walking the course, has a positive impact on physical, social and mental health,” Oldach said. “But to see that brisk walking between shots can add so significantly to a golfer’s life expectancy and speed up play, is a double win for the game.”

The study looked at the relationship between walking pace and Leucocyte Telomere length – an indicator of biological age. The build-up of these senescent cells is believed to contribute to a range of symptoms we associate with aging, such as frailty and age-related diseases.

Tom Yates, the senior author and a professor of physical activity, sedentary behavior and health at the University of Leicester and NIHR Leicester Biomedical Research Centre, wrote:

“Whilst we have previously shown that walking pace is a very strong predictor of health status, we have not been able to confirm that adopting a brisk walking pace actually causes better health. In this study we used information contained in people’s genetic profile to show that a faster walking pace is indeed likely to lead to a younger biological age as measured by telomeres.”

“BIG MAX has long argued that walking the course is beneficial to health, social interaction and performance,” Oldach said. “That we can now officially add life expectancy to the list can only be a fantastic thing for getting more people walking the course and improving the pace of the game.”

Veteran walkers believe walking the golf course speeds up play in that players are preparing to hit their next shot rather than passively sitting in a golf cart watching their cartmate play.