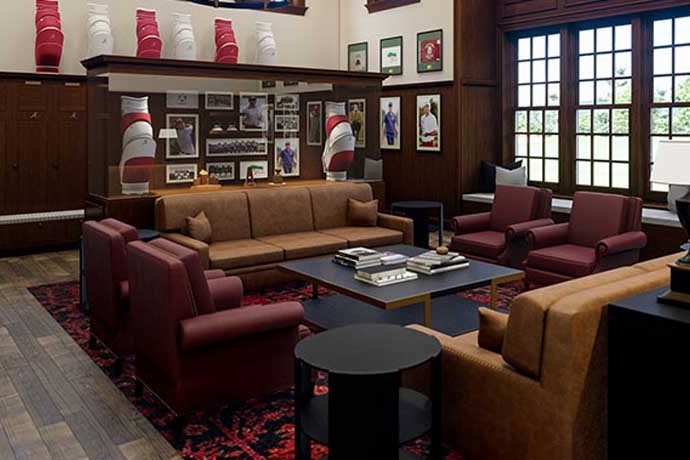 TUSCALOOSA – The University of Alabama men’s and women’s golf teams are getting new digs, and the new facilities should vault the programs into the upper echelon of the nation’s best when completed.

Last week, the university system’s board of trustees approved Phase II of what is called The Crimson Standard initiative, a massive spending spree that will include a new home for the school’s basketball and gymnastics programs. Also announced were plans for a new practice facility, clubhouse and course for the golf programs.

The price tag for the facility is estimated at $26.1 million, including $5.5 million for a nine-hole course. Also included in the plans are a practice range, short game practice area and a golf house.

No anticipated completion date was announced.

No course designer has been listed, but Jerry Pate, an Alabama alum and acclaimed designer, would likely be in the mix to oversee the project.

The University of Alabama men’s and women’s golf programs currently play and practice at Ol’ Colony Golf Course, a municipal golf course in the city that features a Pate-designed 18-hole course. Ol’ Colony will host a men’s NCAA Regional this spring.

“”What an exciting time for our student-athletes and our program,” Seawell said in a university release. “This is a reflection on what both the men’s and women’s golf student-athletes have done to create a tradition of excellence in college golf here at Alabama.

“It’s something that would transform not only our program and be the best in college golf but make an even bigger impact in the sport as a whole.”

Potter said the facility is important to furthering the program’s success.

“Having a golf course that we can practice and play on exclusively is so important, and we are thrilled that we could have our own home with this facility,” he said. “We are so excited about what this could do for the future of the golf programs.

University of  Alabama  golfers: ‘a league of our own’

“More on-course golf instruction is trending upward, and this would give us an opportunity to be in a league of our own.”

Alabama has a history of success with its golf programs. The men’s team won national championships in 2013 and 2014, but hasn’t reached the NCAA championship since 2018. However, the Tide annually qualify for the regionals.

The Crimson Standard, unveiled in 2018, is Alabama Athletics’ 10-year, $600 million capital initiative created to comprehensively elevate the student-athlete experience, recruiting efforts and the overall game-day experience. To date, over $470 million has been raised for The Crimson Standard Initiative, the university said.