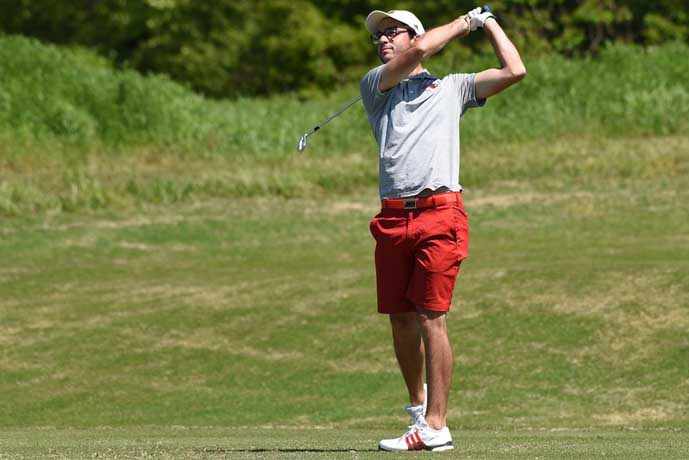 The Jacksonville State men’s golf team turned in an impressive third-place finish at the Any Given Intercollegiate, its first tournament in 320 days after the sport was halted last spring due to the ongoing coronavirus pandemic.

The Jacksonville State Men’s golf team hadn’t played in a tournament since last March 10, but came out of the hiatus by shooting 16-under 848 in the 54-hole tournament. Coastal Carolina (37 under) won the 10-team tournament and Kennesaw State (24 under) finished second at the Oak Point Golf Course on Kiawah Island, S.C..

Maximo Portais was JSU’s top finisher, tying for second place at 209. Portais, of Buenos Aires, Argentina, shot 66 in the final round, one shot off his career low 65, set in 2018. Teammate Jesus Dario Montenegro tied for seventh place at 211.

Jacksonville State is in Jacksonville, Alabama, midway between Anniston and Gadsden.

Roundup of Other Alabama Schools

More Roundup: The University of South Alabama women’s golf team will play in four tournaments this spring before heading to the Sun Belt Championship, the school announced in a release.

The Jaguars will host the Bama Beach Bash in Gulf Shores (March 19-21) and complete pre-conference tournament play at the Georgia State Invitational March 29-30.

The Sun Belt Conference Championship will be played at LPGA International in Daytona Beach April 18-20.

While many programs were shuttered in the fall due to coronavirus, South Alabama managed to play in several events. Coach Matt Luther said pulling together a spring schedule was not difficult.

“It was not as challenging in trying to put together a schedule for the spring as it was this past fall,” Luther said. “There are going to be more teams playing in the spring, so we had more options. The Sun Belt Championship is in Daytona Beach, so we are playing twice in Jacksonville and once in Gulf Shores, which will all give us a look like what we’ll get at Daytona Beach – similar surface on Bermuda (grass), kind of hot and dry.”

The Crimson Tide, ranked 16th in the Bushnell/Golfweek Coaches Poll, closes February at the LSU Invitational and will play twice in March – at the Auburn Invitational and at the Old Waverly Collegiate in Starkville, Miss.

The regular season will conclude on April 5-7 at the four-team Shoal Creek Intercollegiate. The postseason begins at the SEC Championships on April 21-25, followed by NCAA Regionals on May 17-19 and NCAA Championships on May 22-27.

More Roundup: Auburn opens the spring portion of its men’s golf schedule ranked No. 8 in the first Bushnell/Golfweek Coaches Poll in 2021.

Auburn wrapped up the fall portion of its schedule ranked No. 8 by the Golfstat team rankings. The Tigers played in three tournaments during the fall, all involving 14 SEC programs.

Auburn won the team title at the Jerry Pate National Intercollegiate. The Tigers were one of three teams to end the annual three-round event at 19-under, and defeated Georgia and Vanderbilt in a playoff.

The SEC Championship is set for April 21-25, followed by NCAA regional play.