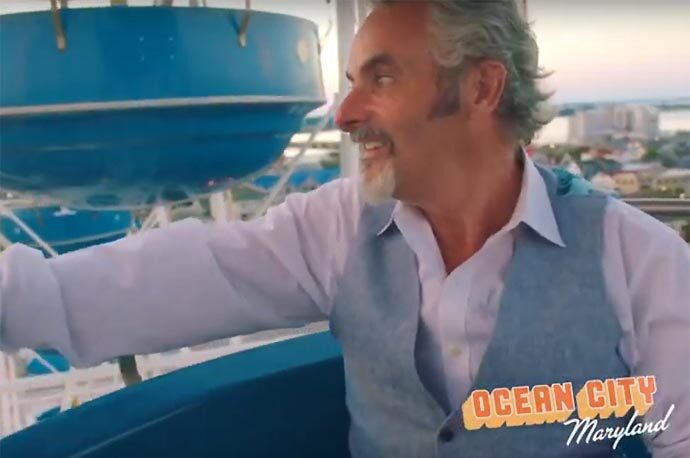 The 64-year-old Northern Irishman-turned-U.S.-citizen signed a 2-year deal with the city’s tourism agency, it was announced Wednesday.

The deal kicks off with a video in which Feherty promotes the beach town and it’s 17 golf courses and boardwalk as a family-friendly destination that’s also suited for buddies’ golf trips.

“I have golfed all around the world and let me tell you, it doesn’t get much better than Ocean City, Maryland,” Feherty said. “I look forward to partnering with Ocean City to share with travelers and golfers alike why this coastal paradise deserves a spot on everyone’s bucket list.”

From teeing off at Eagle’s Landing, one of 17 championship golf courses in Ocean City, to enjoying fresh crabs and walking along the Ocean City Boardwalk – recently named the seventh best boardwalk in America by Fodor’s Travel – the video spot shares a glimpse of all Ocean City has to offer travelers both on and off the green.

“We’re proud to be partnering with a world-class golfer and a compassionate, witty spokesperson like Feherty to help capture the attention of travelers far and wide to join us and enjoy all Ocean City has to offer, said Tom Perlozzo, director of tourism and business development for Ocean City Maryland Tourism.

“In addition to our world-class golf courses, visitors … will also love our beautiful beaches, entertainment options, incredible cuisine and so much more,” Perlozzo said.

David Feherty has a long resume

David Feherty is a five-time winner on the European Tour. He competed twice in the British Open, spent two seasons on the PGA Tour, and played for Europe in the 1991 Ryder Cup.

His other gigs over the years included contributing content to Golf magazine and other publications, writing books, appearing on radio shows, guest-starring on a television show, and hosting a primetime show on the Golf Channel.

Feherty became a U.S. citizen in 2010 and was awarded the Outstanding Civilian Service Award in 2012 from the Department of the Army for substantial contributions to the U.S. Army community through his Feherty’s Troops First Foundation.

In July 2022, Feherty left NBC Sports and the Golf Channel to become an analyst for LIV Golf. He was part of NBC’s coverage of the Open Championship at St. Andrews, then moved on to his new role with LIV shortly thereafter.

Despite its proximity to several major East Coast cities, Ocean City is a surprisingly overlooked destination. By car, it’s within five hours of New York and Richmond, and less than three hours from Baltimore, Washington, D.C. and Philadelphia.

By air, the Salisbury/Ocean City Regional Airport is just 30 minutes from OC. By car, it’s a 13-hour drive from Huntsville.

For those looking to get a jump start on planning their Ocean City golf getaway, look no further than oceancitygolf.com.